A farm supplies company is opening up its stores to any DHB wanting to use them as pop-up vaccination clinics for rural communities. 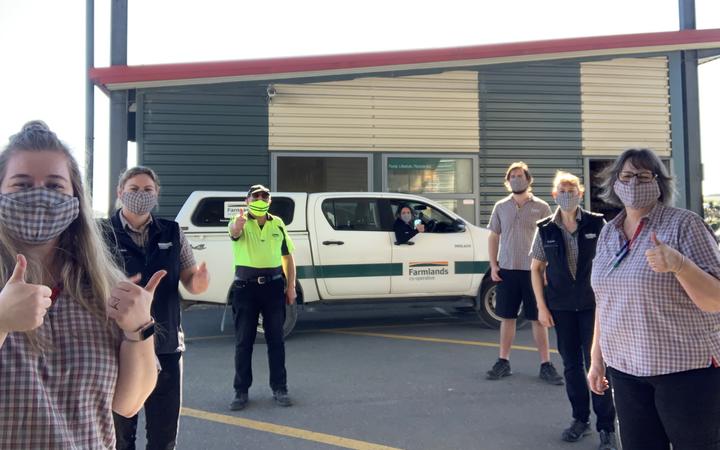 Farmlands, which has about 80 stores nationwide, recently trialled two pop-up vaccination clinics at its stores in Palmerston North and Whanganui and said planning for more North Island clinics was in the pipeline.

The initiative came about after the Ministry for Primary Industries asked industry groups for their ideas about helping the vaccine rollout in rural areas to pass onto the Ministry of Health.

Farmlands chief executive Tanya Houghton said the co-operative was the largest business in some small towns so it made sense for them to be used as vaccination hubs.

"Our network is often used by Federated Farmers and others as a way to reach into local communities and local rural communities. And so we made ourselves available, we're very passionate about our communities being vaccinated."

Houghton said the trials in Palmerston North and Whanganui had only been run over one day in each location, but vaccination numbers had exceeded expectations.

About 50 people were vaccinated at each store, some had come to the branch because they knew about the vaccination initiative, while others had been there for other reasons and then decided to participate, she said.

The business was actively working with the Ministry for Primary Industries on bringing pop-up clinics to some stores in the central North Island, including Levin and Fielding.

"The most that we can do is basically make our network available [to DHBs], make it very clear that that network is available, and then hopefully be able to bring some more vaccines in to those rural communities as quickly as we can."