An Auckland nursery which has been growing cucumber plants for over 30 years has stopped due to an unidentified disease. 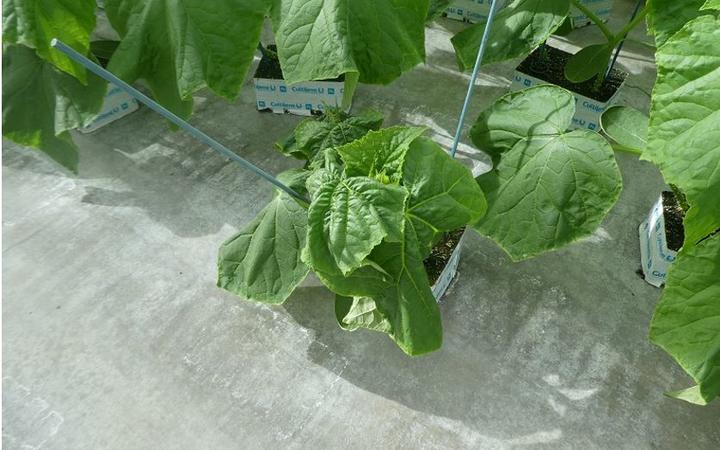 An affected (smaller) cucumber plant next to healthy ones. Photo: Supplied / Steve Gellert

Gellert Nursery owner Steve Gellert said they grow hundreds of thousands of the plants every year, but for the past five years have noticed some plants have not being growing as well.

Something was affecting some of the small plants at the early stage of their growth, he said.

"We don't know if it's a disease or what but we've been called it beaded roots because part of the effect on the plant is that it makes little beads on the ends of the roots.

"What we've seen in the plants that are affected is stunted growth and the plant looks very distorted but we have no idea what it is."

They sought help from growers around the world and sent plants to plant labs in Europe for testing - but the problem remained a mystery, Gellert. 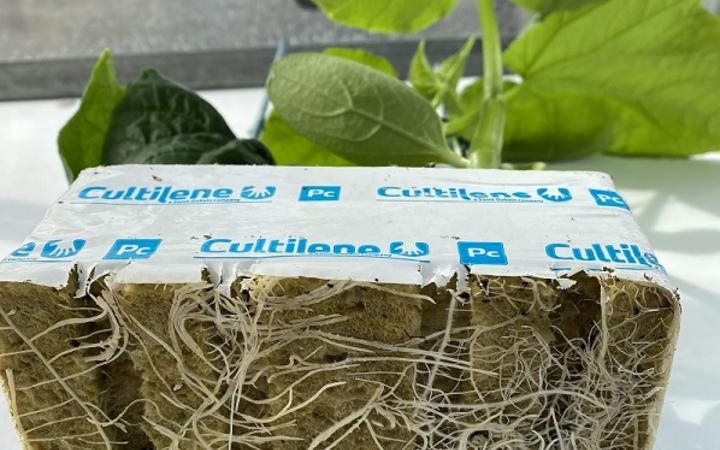 The roots of an affected plant (left) compared to a healthy one on the right. Photo: Supplied / Steve Gellert

"As a commercial nursery over the past five years we have lost some costumers because of the uncertainty of not being able to deliver plants or the correct number of plants.

"So by going public with our problem we are hoping someone will read this or see the pictures and will be able to help us figure out what it is and what's causing it."

Whatever is affecting the plants is not stunting all - with one affected plant being right next to a healthy plant.

It was a tough decision but they had decided to stop growing the plants, Gellert said.

"Extremely hard, it's been my life, it's like anything in business you don't want to give up and obviously there's a financial cost but I have to say since I made the decision i feel relieved."

The nursery had other plants it would continue to focus on like tomatoes, capsicums and kiwifruit.