A PhD student who has come up with a solution to deal with a tomato plant pest is hoping more large scale greenhouses will try it to prove its success. 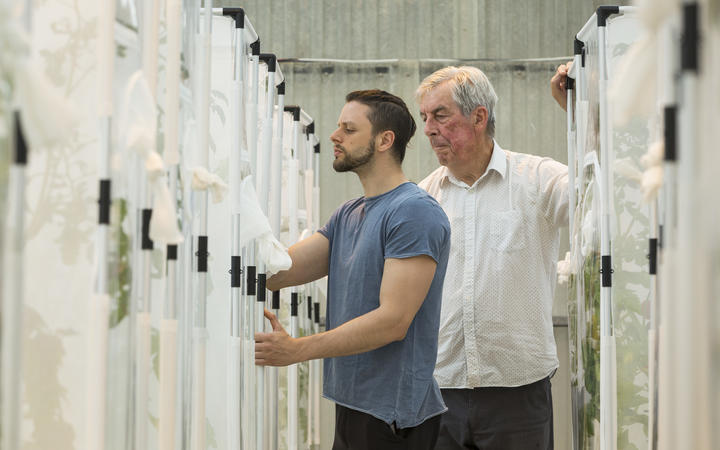 Emiliano Veronesi with his supervisor Professor Steve Wratten, who has since died. Photo: Supplied

Emiliano Veronesi discussed his research at the Horticulture Conference in Hamilton this morning.

He set out trying to find a biological control solution to tomato potato psyllid or TPP which is a bug that can prevent fruit from forming on plants and reduce yields.

And he managed to find a predator for the bug, Engytatus nicotinae, which he has since tested in greenhouses at Lincoln University. 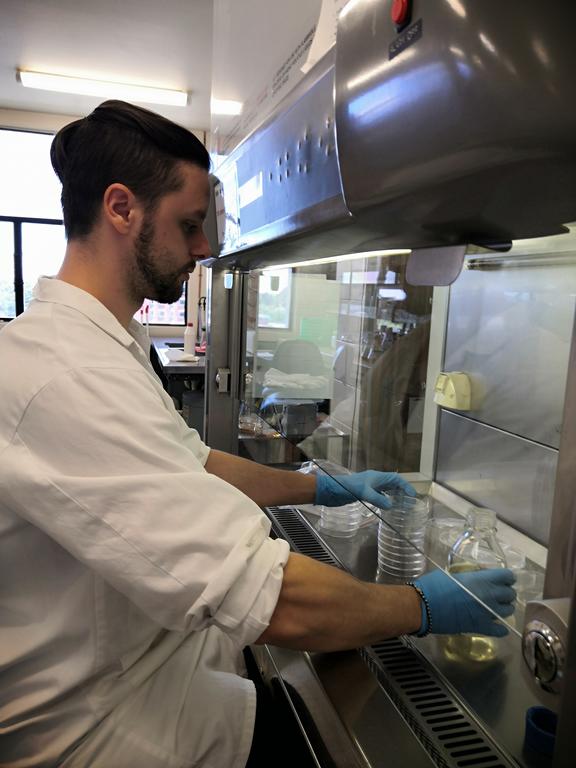 Veronesi said it was a small green mosquito-like bug that stung the pest and fed on it, thereby killing it.

"I started by running a small test which returned good results, then alongside my team we did experiments with whole tomato plants, we released the pest TPP and then the control agent.

"We observed it for a month and the Engytatus nicotinae was really successful in drastically reducing the number of pests," he said.

The success caught the eye of some in the tomato industry - with grower T&G Global using the pest control method in one of its glasshouses over the last year.

"The classic way is to spray a pesticide, which is supposed to kill all the pests and in theory, save your crop. But there are other ways that might be more efficient or less expensive, or that might simply be worth trying in order to save the pesticides for when you really need them because the more you use them the less patient they get.

"I don't condemn chemicals, it's just the best way to control pests is not necessarily with chemicals, there are some bugs that need chemicals because there are no other ways to take care of the problem, but if you can control the pest in a cheaper, easier and cleaner way why wouldn't you do it?"

Veronesi said with all trials so far proving successful he wanted to test it in larger commercial greenhouses.

"It doesn't matter how many tests we run because our facilities are small compared to greenhouses with thousands of plants - so there is a limit to how reliable we can say the experiment is.

"We have done everything we can with the means we've had to test this bug and the results are promising so now we need to scale it up."

Veronesi said if more companies got on board and used the predator bug it would also reduce the cost which was currently 15c per insect.