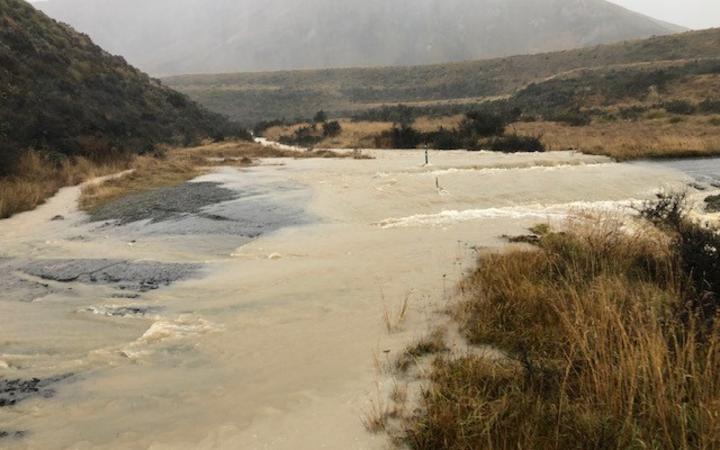 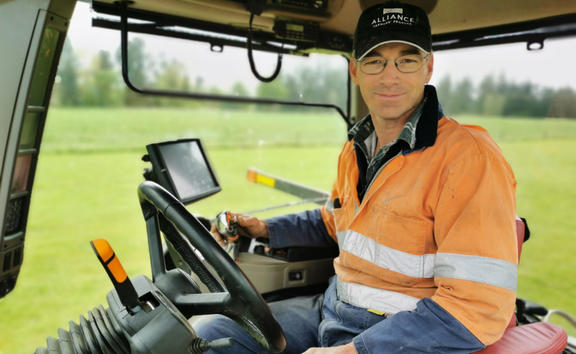 Mid-Canterbury Federated Farmers president David Clark said it had been an extremely challenging day and there were concerns about what damage could occur overnight.

Clark started his day rescuing passengers trapped in a car that had been swept away by floodwaters, and later rescued a farmer stuck on his tractor.

There were multiple rescues of farmers and other members of the public, as well as stock losses, he said.

"If we can finish today without having somebody killed in the day's events that will be a great outcome because farmers are working very, very hard to look after the welfare of their animals and as we've seen by today's rescues, in some cases they've actually put their own lives on the line to save animals."

Clark, who runs a farm South of Mount Somers, said the rainfall event was much worse than expected.

He had spent much of the day relocating and feeding stock affected by flood waters.

Some stock had been isolated by flood waters, and it had been dangerous getting feed to them.

Farmers have less ability to spread stock out in winter, which is complicating their response to flooding, Clark said.

Farmers have been busy shifting and tending to stock, he said.

He urged farmers to take extreme care and put their own safety first.

Meanwhile, an Ashburton farmer who was evacuated earlier today said she was very worried about her animals and house.

Philly Rooney lives halfway between Ashburton and Methven, close to the Ashburton River.

The stopbank behind her house burst this morning after the downpour started on Friday.

Rooney and her husband have gone to their neighbour's house and their four children have gone to stay with grandparents and friends in Ashburton.

She has put her four horses, a few pigs and 200 cows on the highest paddocks but was worried about the safety of the animals and the house as the heavy rain continues.

"Basically, we drove through the fences with the tractor so they could get out if need be, you know, we've got a few cows at home so I'm really worried about them, very worried about my house, yeah - it's not fun."

Acting Minister for Emergency Management Kris Faafoi said the next 24 hours will be critical for Canterbury.

"The rain is still forecast to continue as it is now, and the rivers are high. So the team at the EOC, and all the Civil Defence crews and all the agencies involved are going to watch very closely.

"So we would just reiterate our message to those who are out there to watch their local councils and their local Civil Defence group messaging."