Severe labour shortages on Hawke's Bay apple orchards are forcing some smaller growers to only pick their fruit once a week during peak season. 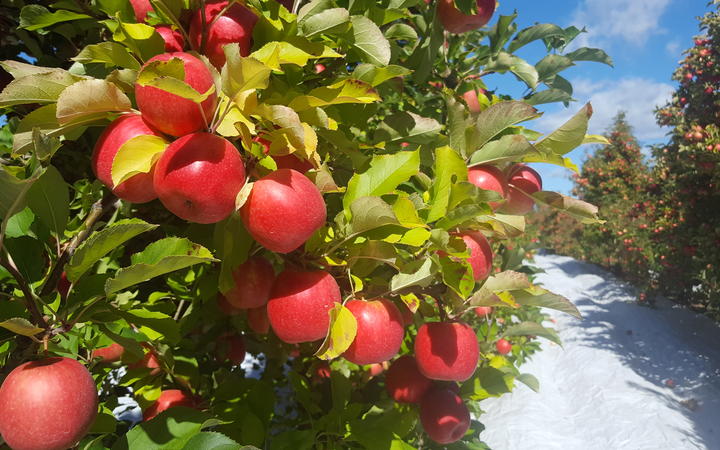 Orchard owners have been fearing labour shortages for months as the peak picking season approaches.

Mr Yummy apples grower and owner Paul Paynter said he was leaving fruit on large trees that were difficult to pick and some trees would only get picked once rather than two or three times.

Paynter said it was even worse for owner-operator orchards.

"The big corporates like us have HR departments and are relatively sophisticated, but the smaller growers really suffer. They're really struggling because they're only picking on Sunday and they're not picking the rest of the week.

"Some pickers are picking for everybody else (corporates) for six days and only going to them on Sundays. So they can't find people ... they aren't getting anyone coming through the doors," he said.

He alone needs 140 more workers, and said it was almost too late now for a crisis to be averted, and growers could only do their best.

"The die is cast. The government incentives that were offered were generous but they haven't worked.

"The truth of the matter is they made a call about attracting Kiwis from around the country but the Kiwis said they'd rather stay in their own communities, and with low unemployment the chance of a job in those communities is not too bad so we haven't seen those Kiwis arrive as we'd like to," Paynter said.

He said the shortage of beds was also an issue.

With a housing crisis in Hawke's Bay he said growers could not offer solutions for people wanting to come in to work.

Paynter said apple exports and related business brought in over $500 million annually to Hawke's Bay, but he expected this year's total to be down at least $100 million, a serious concern for the region.

"The multiplier effect of the money flowing through the main street is important. We had Art Deco shut down, Horse of the Year off and we haven't had 90-odd cruise ships calling at our ports, so our economy will be feeling that and so the apple industry takes on renewed importance," he said.

Paynter said he saw the crisis arriving last winter and started removing some trees then, and he was taking out more of the less popular varieties now. He also discontinued leases on some other orchard blocks in a bid to reduce overheads and risk, he said.

The industry said in the past three years hourly rates at packhouses and contract bin rates for pickers increased at least 30 percent, with a further 15 percent increase this season.

Association president Richard Pentreath said while he recognises that staff deserve good pay for what can be very hard work, that is a significant jump.

He said historically, a fully picked apple was bin worth $35, this year those bin rates would be anything between $40 and $55.

Pentreath added more stress will come on apple orchardists as the kiwifruit harvest starts because some pickers will switch to work in that sector.