An apple exporter in the Hawke's Bay has told the government an advertising campaign to attract 300 New Zealand workers received more than 200 applications, but only 55 people got jobs. 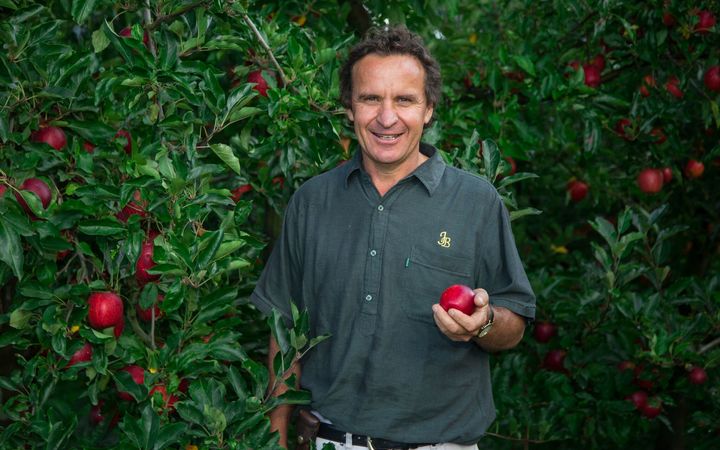 The figures are part of the business case the region's fruit growers used to argue for foreign seasonal workers to be allowed into the country, despite Covid-19 restrictions.

Next year, 2000 seasonal pickers will arrive from the Pacific in the New Year but the industry said it would still be well short and many locals simply were not suitable for the jobs.

Bostock New Zealand is the largest organic apple producer in the country.

The company had 227 applications and all of them were contacted to move their application forward.

The company had 77 people respond, in which 55 got jobs and 22 people withdrew their applications.

Despite multiple attempts to contact them, 150 people did not respond after their initial application.

Bostock New Zealand said based on these figures, it would have to extend its reach massively from 600,000 to over 3.1 million people to achieve their goal of finding an extra 300 seasonal staff.

That was not far off the total working-age population in New Zealand - 3.9 million people.

Tough work on the fields

To pick a hectare of apples, a picker must climb over 20 vertical kilometres while carrying 60 metric tonnes of fruit.

A worker would have to fill 15kg buckets while going down ladders of more than 2 metres long.

But that was the complete opposite for the outdoor harvest, where migrant workers made up 79 percent of workers.

The companies said there were many reasons why New Zealanders were not suitable for the work: they're not available for as long as they need to be, not fit for the job, underage, could not commit to the job or had family or animal/pet obligations that could not fit around the work.

Bostock gave the government some examples:

The risks for companies

The Hawke's Bay companies told the government not picking the fruit could lead to big losses and "far-reaching consequences".

They feared there would be a reduction in regional spending and the investments in new permanent staff or capital equipment would "drop away".

The companies told the government that Cromwell needed a new cherry packhouse in 2022 to cope with demand and Hawke's Bay needed cool storage for thousands of tonnes of apples.

They said the appetite for investment, both by the sector, and bankers, would be curtailed by the 2021 season if crops were not harvested.

What more can be done?

The Hawke's Bay horticulture industry is lobbying the government for a managed isolation in Hastings to house RSE workers.

They would use Angus Inn, an old hotel, which the industry said could house around 300 workers at a time.

Hawke's Bay DHB assessed the facility, guided by a Ministry of Health checklist for isolation facilities.

The DHB submitted a report to the Apple and Pear Board confirming its support of the Angus Inn premises as a "potentially suitable isolation facility".

The orchardists said staff onsite had a "good understanding and awareness" of the requirements, as they looked after RSE workers in the level 4 lockdown.

But officials would need to consider the ability of staff to undertake daily health checks and swabbing.

They would also need to make sure there was enough laboratory capacity to manage testing demand.

The documents said orchardists wanted to have it running by the first week of December but it has not yet been approved.