This year's kiwifruit harvest is expected to be another record breaker - early harvesting starts this week and a sector group spokesperson says last year's record of 157 million trays will be surpassed. 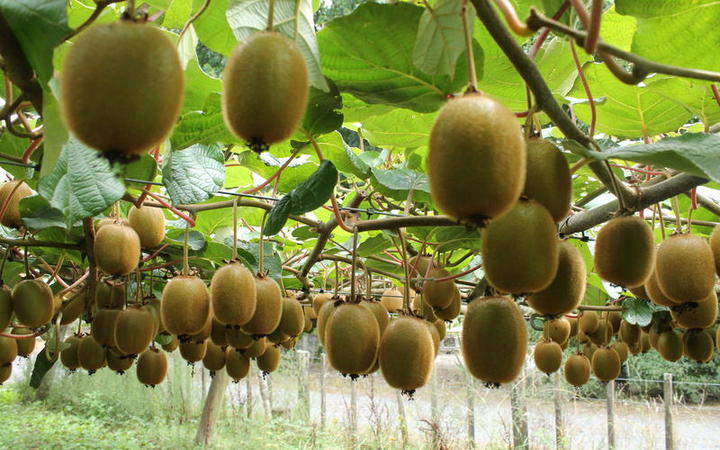 Nikki Johnson, from New Zealand Kiwifruit Growers (NZKFGI), said the increase was mainly from more plantings of gold fruit, which the exporter Zespri had been planning for.

Johnson said because the peak of the season would be spread out a bit she wasn't expecting too many more workers would be needed, there would just be more sustainable work for them across that period.

Up to 23,000 seasonal workers will be in orchards and packhouses during the April peak.

"We've had good support from New Zealanders, but we will need more people as we move into April and May.

"Payrates are looking really good this year. The industry has responded to calls, particularly on the post-harvest side, and most of our packhouses will be paying the living wage ($22.10) this year, or at least the living wage, and obviously on the orchards we've already been paying averages of $24 or $25 an hour once you take into account that piece rate. So in both cases there's good money to be earned," Johnson said.

She said NZKGI updated its range of jobs daily on its website, NZKGI.org.nz.

Meanwhile, the kiwifruit sector has failed in its bid to get the hail-hit Tasman region declared an adverse event.

After a Boxing Day storm wiped out many orchards, causing over $100 million worth of damage, various horticultural groups asked the government to declare it an adverse event so they could access more help.

Johnson said the storm was not seen as bad enough by the Ministry for Primary Industries to merit that.

"MPI have provided feedback around existing support services that are in place and that's supporting growers to get specialist technical advice, for mental health support for them and their employees, and working also with MSD around some support for employees that might be impacted through continuity of work.

"So that's something we'll be focusing on is just making sure those growers are able to support their staff. So we'll try that and make sure as much as we can that we're utilising those existing systems, but if they're not enough we will go back to government on that," Johnson said.