Nearly two years after a review into the export of livestock was launched, Agriculture Minister Damien O'Connor says the government is close to making a decision on the future of the trade. 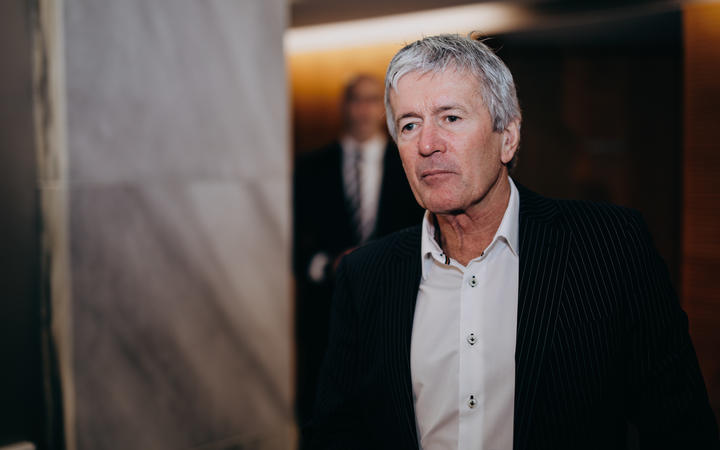 A review was launched by the minister in June 2019, with options being considered ranging from improving systems to a total ban on the trade.

O'Connor said now that the Ministry for Primary Industries (MPI) had provided its final advice to him, a paper was out for consultation with Cabinet colleagues and a decision would be made over the next month or two.

He said he was comfortable with how long the review process had taken and that it was a complex issue which needed careful consideration.

"It's one we're working really carefully through. There's obviously an industry involved, the whole rural sector has a focus on this, some support, some don't.

"So we have to ensure that the people we're trading with and the people involved in the trade ... are kept in the loop and that they're aware of possible changes," O'Connor said.

Following an independent review by Michael Heron QC, which was released in October, exports were allowed to resume again, subject to some tighter controls including increased voyage reporting and reduced stocking density on vessels.

As well as those immediate controls, Vet and MPI director for animal welfare, Dr Chris Rodwell, said the ministry was considering longer-term changes suggested by the reviewers, such as needing more information in Animal Welfare Export Certificate applications. Another recommendation in the report was for an advisory group to be established, which Dr Rodwell said was still being scoped.

Animal advocacy group SAFE is pushing for a total ban on livestock exports and its campaigns manager Bianka Atlas said the government's response had been too slow.

She said not only were live exports continuing, there had actually been a dramatic increase in the number of cattle being sent overseas. Figures from MPI show almost 110,000 cows were exported to China in the last year, compared to 39,000 in 2019 and 14,000 in 2018.

Atlas said that increase was deeply concerning, especially in the context of an ongoing review.

"It seems unacceptable that a review would be ongoing with possible changes to the system yet animals are continuing to be exported to a country where we know that they are going to face worse animal welfare standards than in New Zealand," Atlas said.

Meanwhile a former head of animal welfare for the Ministry for Primary Industries is also unhappy live exports are continuing.

John Hellstrom does not support the trade and agreed the stock ended up in poorer conditions than they would have experienced had they remained in New Zealand.

"I'd be pretty confident that a significant proportion of New Zealanders are not in favour of the trade. I'd also challenge you to find anyone with background or expertise in animal welfare who thinks it's a good trade."

Since October, eight shipments of live cattle have left New Zealand for China.

Hellstrom said it made sense to clear any backlog of stock already in train prior to the Gulf Livestock 1 sinking - but that should have been it.

"Once the pipeline was cleared I think to refill it was a very poor moral decision and I think if the government is serious about protecting our international reputation then this current review of livestock exports should be saying 'no more'," he said.