The first known case of mature tree death due to myrtle rust infection had been observed in New Zealand, on the North Island's East Cape. 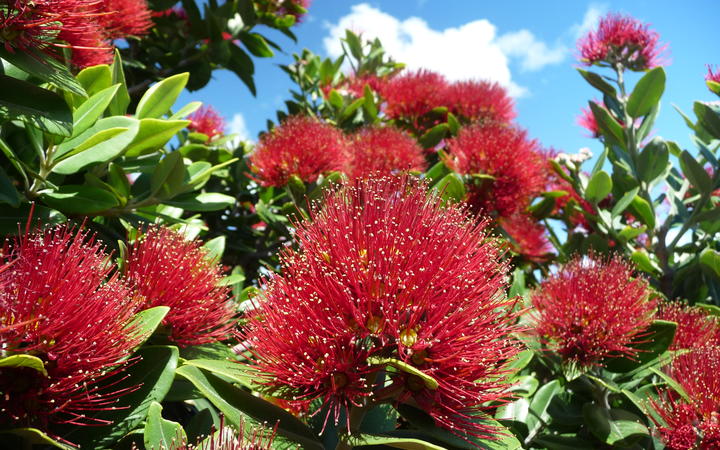 The fungal disease has been spreading rapidly across the country since it was first identified in 2017, attacking plants in the myrtle family including pōhutukawa, rātā, mānuka and feijoa.

Manaaki Whenua - Landcare Research said dead trees were first observed this spring by Graeme Atkins, a local who has worked for the Department of Conservation for 26 years. Atkins detected infection on several species, although ramarama (Lophomyrtus bullata) and rohutu (Lophomyrtus obcordata) have been hardest hit in the East Cape.

"If someone had told me four years ago that ramarama was going to be on the threatened plants list, I would have laughed," he said.

Manaaki Whenua - Landcare Research said the observation suggested localized extinction for some native myrtles could become a reality. Without adult trees, there would be no seeds, no more seedling carpets and no possibility of recruitment. Ramarama may disappear from the local environment, the institute said.

Roanne Sutherland, a myrtle rust researcher at another crown research institute, SCION, said this was the first time the deaths of large, mature trees had been reported.

"The wider ecological effects of this are unknown," said Sutherland. "What birds and insects are going to be impacted by the loss of this species? What plants will take their place?"

Manaaki Whenua has also this week also launched a new app, in partnership with Biosecurity New Zealand, to help people identify susceptible plants and keep an eye out for the disease.

A researcher at the institute, Murray Dawson, said the technology would make it easier to monitor cases of myrtle rust.

"The disease is a threat to the important and substantial mānuka and kānuka honey industry. Using the new app to accurately identify species of Myrtaceae in New Zealand will make it easier to monitor and report cases of myrtle rust.

"By using the key, anyone, from farmers and trampers to gardeners and park users, will be able to identify plants to check for and report the tell-tale yellow spores, and diseased leaves," said Dawson.

The NZ Myrtaceae Key is available from the Google Play store and the iPhone app store as a mobile app suitable for undertaking identifications in the field, or through a web-based browser hosted by Manaaki Whenua.