Central Otago orchard owners say the push for workers is not over as they prepare for harvest season. 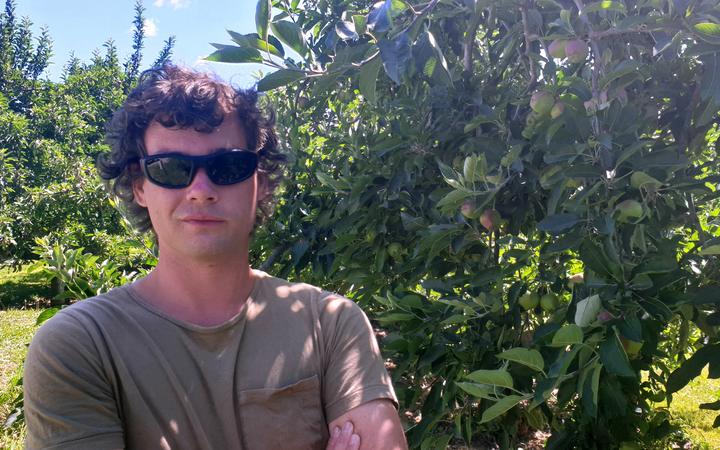 Luke Condon, 23, relocated from Christchurch to work in orchards in Central Otago and has been thinning apple trees at CAJ Hollandia.

It all started with a Ministry of Social Development programme aimed to encourage people to pick up seasonal work.

His future looked a lot brighter now with plans to go to university, he said.

"What I'd be doing? ... probably nothing if I'm going to be honest. Before this I was just sitting around. Like I said, I've got a problem with my back so it's difficult for me to find work personally," Condon said.

"Yeah, I would have been sitting around wasting time on the benefit. Probably wouldn't have been organising to go to university. This has been a very good push for me because I'm surrounded by people who also want to move their lives forward and so it's a good way to motivate myself."

Orchard hand Benjamin Johnstone was on MSD's Limited Service Volunteer's Course aimed to help people get off the benefit and into work.

Before relocating from Christchurch in October, he had no plans for fruit picking.

"Absolutely not. Prior to LSV, I had never displayed an interest in the horticultural industry and - to be honest - I only came down because I really needed the money."

CAJ Hollandia post harvest manager Jackie van der Voort said they had 300 workers - nearly three times what they would usually have at this time of the year due to reduced productivity as experienced RSE workers were not available.

Many of their workers usually moved on to harvesting summer fruit, but she was worried about how many would return for their peak season from early March.

"The workforce doesn't exist. We're in a region that doesn't have an urban town next to it with a workforce.

Jackie van der Voort said if that didn't happen and they missed orders or supplied inferior fruit, it would impact on their reputation, the country's brand and sellability - and future orders could suffer.

"If we don't harvest, if we do a 50 percent harvest, we've already spent all our money getting to the point of harvest. If we only harvest half the crop, it's pretty obvious what's going to happen. It's not going to be a great result. Some will be able to get through that, but not everybody will."

The Ministers made no announcements today, instead using the time to speak with orchard growers, workers and staff hirers. 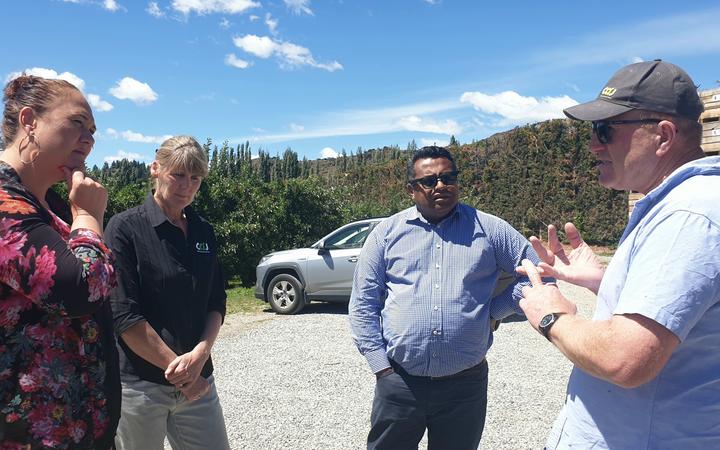 About 2000 additional RSE workers are allowed into the country early next year, but Immigration Minister Kris Faafoi acknowledged that was shy of the roughly 3500 workers growers asked for.

There were reports of people leaving hospitality jobs ahead of summer to work in orchards, he said.

"We have heard a little bit of that from the likes of Queenstown. Some of the hospitality sector is finding it difficult because those who may have been coming to the end of a working holiday visa all of a sudden can get that extended to go and work and pick fruit or do some pruning, so that is another challenge," Faafoi said.

Again, because we're in a Covid world, we have to respond to those things. We're looking at those settings all the time because in one place you can solve a problem, but then another problem pops up somewhere else. We're constantly working on those issues with the likes of the visa settings as well."

"But even if we look at the $5000 to relocate grant that's available, I think we've had double this year than what was granted last year. We've increased that amount so that we are encouraging New Zealanders to move to where the work is, and recently we announced the additional funding to incentivise people to take up the work as well as to support with accommodation."

"It's a good way to just get work because they're not allowed to get anyone in. They really just looking for a lot of New Zealanders to start working for them and really it is just a pretty good opportunity for us."

He is contracted for about nine weeks with Seasonal Solutions, but is extending his time to the end of January and hopes to return to the orchards next season.