Researchers at the crown institute Scion think drones carrying advanced sensors could help in the fight against Myrtle rust. 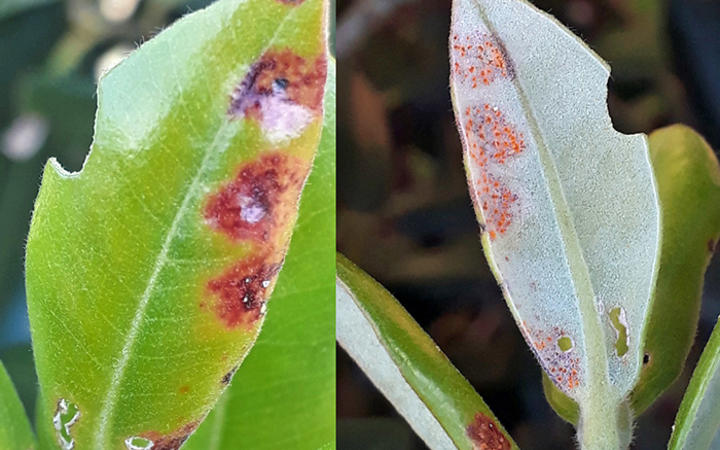 The fungus severely attacks plants in the myrtle family and has been spreading rapidly across New Zealand since the first case was identified in 2017.

Scion's Unmanned Autonomous Vehicle programme manager, Robin Hartley, said trying to identify plants infected with Myrtle rust was sometimes like trying to find a needle in a haystack, but drones gave scientists and conservationists a new tool to help manage the disease.

The work at Scion is part of a $3.7 million research programme commissioned by the Ministry for Primary Industries to help monitor and combat myrtle rust.

Mr Hartley said drone technology could help assess the impacts of the invasive rust disease on the upper parts of the forest canopy that would otherwise be inaccessible.

"Perhaps you've got an known infection in an area but it's going to be difficult to put in a team to look at every single leaf on every single tree,"

Mr Hartly said using different sensors on the a drone, scientists could capture a 3D model of the forest, as well as high definition and multispectral imagery, which would help show the extent of Myrtle rust in the area.

"Then we can go back on like an annual, or two year - five year basis and we can see if there's any changes happening," he said.

Mr Hartley said while drones could help access hard to reach areas, they would not take away jobs as it was important to still have people on the ground.

"In fact it's just going to give a greater depth to the information we can garner," he said.