As Labour leader Jacinda Ardern says there is more work to be done with the agriculture sector over freshwater policy reforms, farmers have been voicing their concerns with her personally. 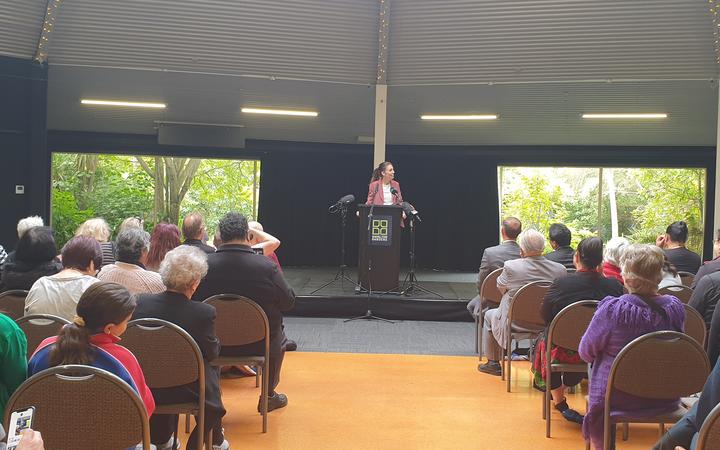 Ardern made the comments while out on the hustings in the final week of the General Election campaign today, saying Labour and the farming sector had a shared goal of freshwater standards to make some rivers swimmable again.

However, she acknowledged they needed to work on how to make that happen.

"We've set those standards. We now have a group including representatives from the farming community supporting us with implementation, making sure that we get it right in the rollout.

"They've helped us ... make sure it is workable, whilst also getting the standards that I think New Zealanders - and the farming community - expect."

In the Waikato today, Chris Lewis from the King Country catchment group told Ardern: "We've had a bit of funding but one of the things we're finding that's really worrying at the moment is that we're sort of turning into a bit more of a rural support trust than a catchment group.

"There's a lot of disillusionment and worry out there amongst farmers about these freshwater changes and everything else that's been heaped upon them - it's not so much what's in it, it's the timeframes for it."

Ardern responded by saying some of the timeframes were quite long, to which Lewis said: "Some of them are quite short, too".

She said the group working to implement the rules and make them work had good industry representation.

But Lewis said they would like to see more farmers represented. 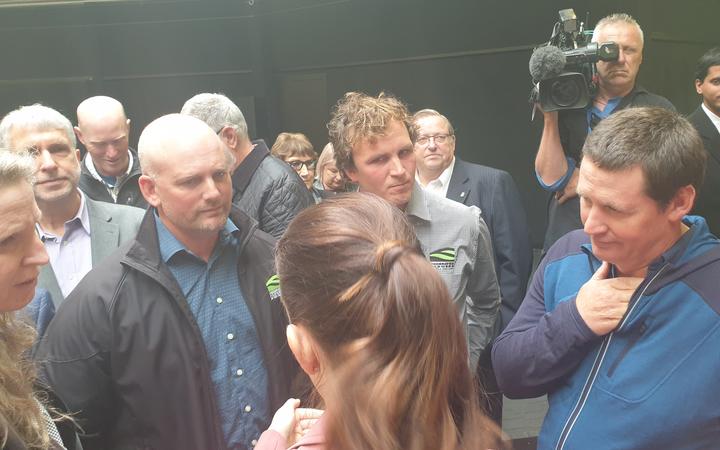 Lewis said the government's track record had turned people off.

"It's quite hard to get buy-in from farmers at the moment in the meetings we're having in halls and things because they all know someone who's been really affected, dumbly, by the low slope map as well ... that's a shocker, it is a massive issue.

"It is really turning people off.

"Unfortunately you've lost a lot of support with farmers and regional council over that so... implementation is going to be a bit of a problem."

Ardern acknowledged Lewis' concerns, to which he said: "It's good to hear it acknowledged but stuff like that shouldn't happen. That's a loss of confidence, confidence is everything when it comes to getting those policies across the line."

Ardern: "I sometimes get represented by the opposition in a way that I don't think is fair. Because I'm from here and the cities need to do their bit as well, it's all the same rulebook here and our expectations are the same, but what we need to do is actually support our rural communities because that's where it's really challenging."

Lewis said he wouldn't deflect blames from farmers because they'd fix their issue - but said: "we need to know that everyone's taking care of their stuff as well. I'm quite happy to do what I need to do behind my gate".

Another farmer, Ben Moore, said: "Every politician's pretty good at speaking and they know what they're gonna have to say already.

"I mean yep, she's very empathetic and shows a degree of understanding, but I think actually you've got to get out there on the ground without some camera crews behind you and go and sit around the table with some farmers and go and actually talk [about] what they're going through at the moment, to actually get a full feel [for] what's going on."

He also felt some of the timeframes for implementing Labour's new rules were short.

He was not holding onto hope that a Labour government would listen to farmers.

"I hope they do, I really do, I mean farmers do adapt to change but it does take time."