Hundreds of thousands of dead animals risk being left uncollected on farms because of a collapse in the price of leather. 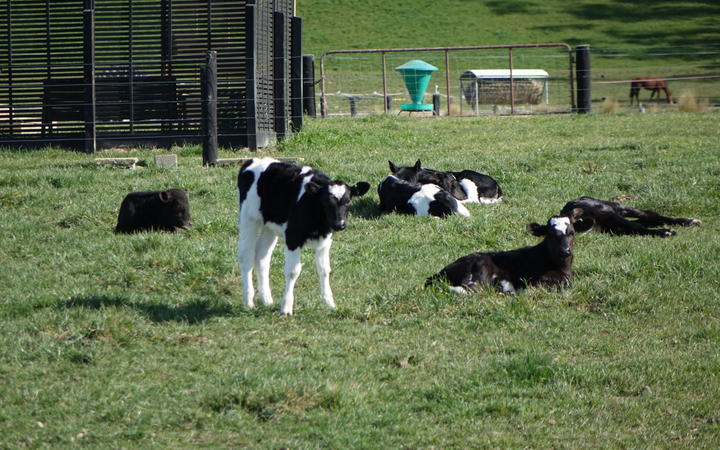 Farmers have been told they will have to pay to have the corpses collected, but don't want to do that.

The Ministry for Primary Industries is trying to negotiate a compromise.

For years, companies in the pelts business have collected dead calves for free, and sold their skins for calf leather for fashion boots, wallets and high quality clothing.

But the international prices for leather are the lowest since 1976.

This fall has been blamed partly on Covid-19, partly on synthetics and partly on people rejecting animal skins for similar reasons to becoming vegan or vegetarian.

"Price for hides and prices for calf skins have reached an all time low", said Ted Hulbert of Waitoa Tanneries near Morrinsville.

"The return we get for the skins has reached a negative - quite a big negative - and it's just not possible to carry on."

Hulbert said a solution to this problem had to be found, because the scale was huge: a quarter of a million calves a year, that might have to be left on farms.

"There's a lot of people who just don't understand the gravity of the problem if we pull out."

Bernie Lynskey of the Wallace Corporation - Ted Hulbert's equivalent in the South Island - has offered to collect the animals from farms at a price, but few farmers have taken up that offer.

That leaves the South Island with a similar-sized problem as that in the North.

"The buy in from farmers at present would seem to indicate we are looking at 25 percent of that number."

Lynskey said most of the rest of the calves would end up being buried on farms, in offal pits.

He said that was not good for the environment.

He was offering collection at $12 a calf, which he conceded might not be as cheap as it sounds when multiplied many times over.

But was a lot cheaper than most alternatives.

Burying dead animals on a sprawling sheepfarm has often been seen as not too difficult, but burying calves on a relatively densely populated dairy farm was seen as a problem.

However, Wayne Langford of Federated Farmers rejected that, saying it had been done on farms for years, in small holes, where the animals soon composted away.

"All regional councils other than Bay of Plenty allow on-farm burial, so it is not a problem."

This problem does not affect adult cows, which have incurred a collection fee for years, because they have always been worth far less.

Meanwhile the Minister of Agriculture said farmers should not bury all uncollected animals on their farms for environmental reasons.

Damien O'Connor said some calves could be buried on farms but not if there were too many.

He said the numbers of dead calves that a farm could take would depend on a range of factors such as the size of the farm, and the type of soil.

But in most cases, farmers would have to meet some of the cost.

"There would be talks with industry leaders to work out a solution," O'Connor said.