Taranaki farmers - among them a former All Black - have been taking a crash course in Regenerative Agriculture at workshops around the province. 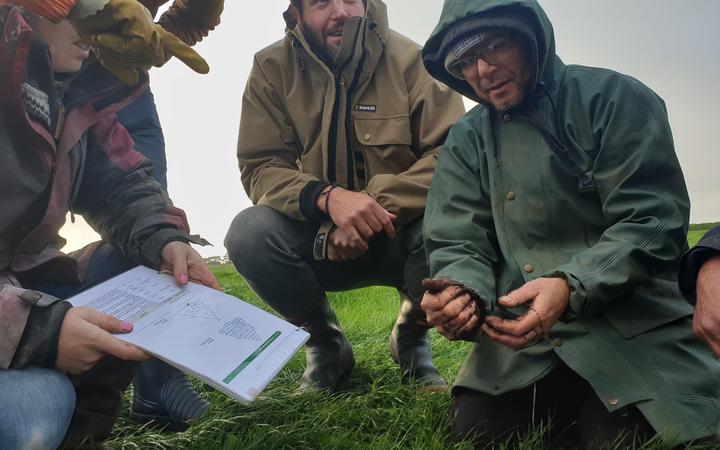 Described as a holistic approach that stresses soil biology and photosynthesis over chemical inputs, its proponents say it is not only profitable, it results in healthier livestock and happier farmers.

Workshop organiser Fiona Young of ReGenerative Solutions said the emphasis was on quality.

"Regenerative agriculture is about improving the wellbeing of the environment and the economic wellbeing and social wellbeing of farmers and the production quality, so you are getting more nourishing, quality food and fibre."

Young said there was growing interest in the approach which could provide farms with more resilience to drought, flooding, pests, disease and erosion 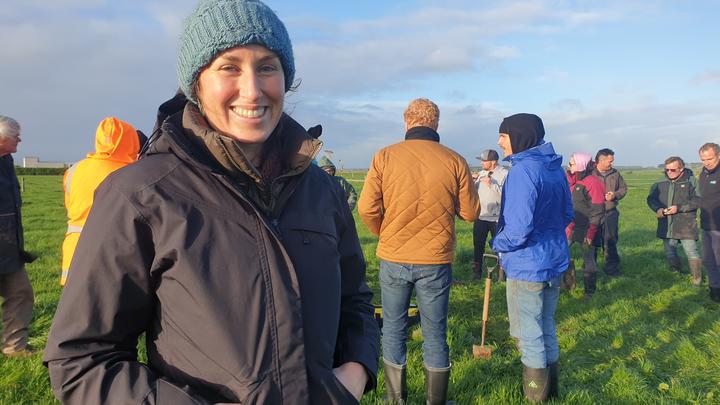 Integrity Soils regenerative agriculture coach Jules Matthews was lead instructor at the workshops and took about 20 farmers on a field trip to an Ōpunake diary farm to teach the process of visual soil inspection.

She said using a set of guidelines, farmers could assess the soil's condition - its friability, aggregation, water and mineral holding capacity, and do a count of how many worms there were to assess how biologically active it was.

Matthews said farmers had often been too focused on inputs. 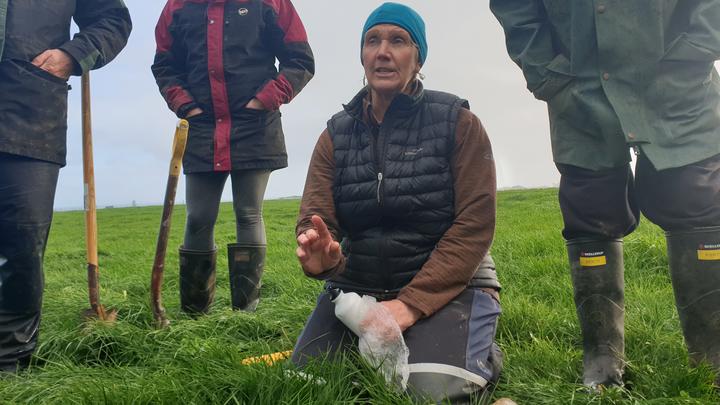 "They pay a lot of attention to soil tests and adding in minerals when and where they need it, but what we haven't done in agriculture is really equally looked at the biological cycles and how biology mediates and remediates all the mineral cycles and the function of water and air, and treating soil as a living organism."

She said the soil could be thought of as the plant's gut and - similar to humans - microbial health was vital to its performance.

Other tools in regenerative agriculture included water infiltration testing, the growing of diversified pastures, management of grazing to maintain pasture length, and the planting of trees on ridge tops and wetlands. 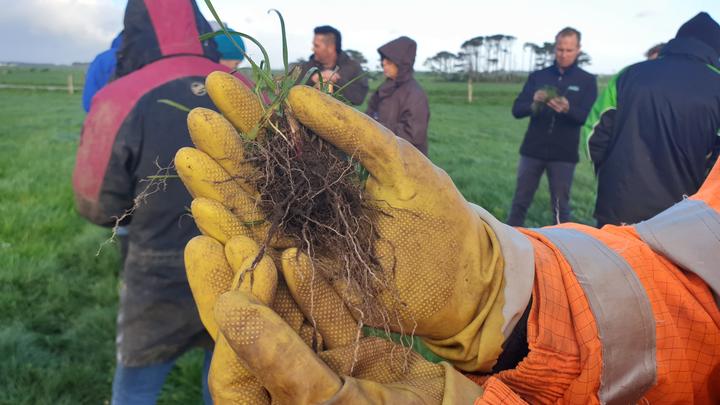 Matthews said the approach, which did not completely rule out chemical inputs, had the potential to help alleviate some of the issues farmers faced.

"Water quality issues, we have a lot of erosion and sedimentation of waterways, loss of nutrients like nitrogen and phosphates that are having a negative impact.

"And then all of those things then have an impact financially on a farmer and they also have an emotional and personal impact and not just on the farmer but the surrounding communities."

Rachel and Ken Short's paddock was getting the once over in Ōpunake. 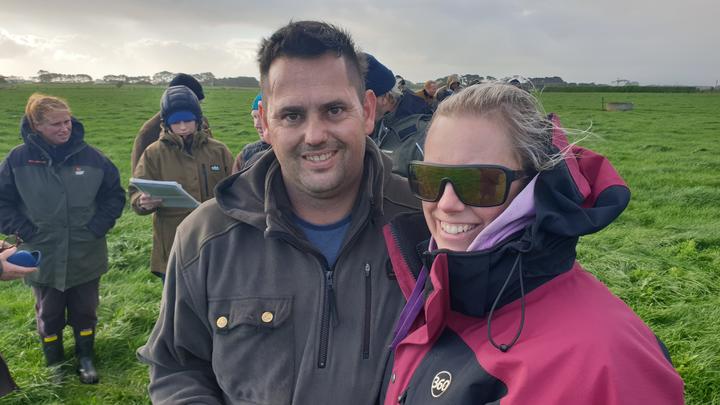 Soil on Ken and Rachel Short's organic dairy farm near Ōpunake got a going over. Photo: RNZ / Robin Martin

"It's sort of just reiterates where we're heading and what we need to be planting as far as pasture species, planting trees and the other one is just working on our soil biology which we're not experts at. We're curious learners."

Curiosity also attracted 46-cap former All Black Carl Hayman, who has an interest in a 90 hectare dairy farm nearby.

"I'm here to get a better understanding of regenerative farming practices and to really just find out a bit about it in terms of how we look after our soils," Hayman said.

"I think most people who work with or have an identification with the land sort of realise we have a duty to take care of it." 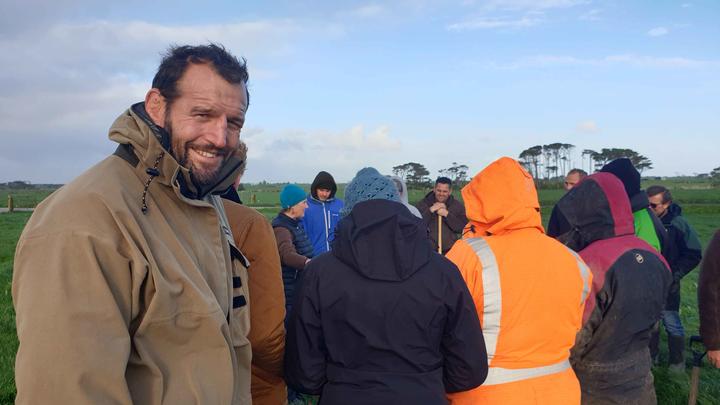 He thought many conventional farmers would be interested in the approach.

Urutī beef farmer Mark O'Neil - who also had an interest in organic fertiliser - thought some might struggle.

"They're all worried about the transition. They'd love to be in that situation, but from where they are now - trapped in the chemical system - to get to here is what concerns them most.

"And they've all still got bills to pay on the way through, so that's the biggest thing."

Matthews said it was up to advocates of the regenerative approach to bring farmers along with them.

"It's a matter while you are adjusting and getting your biological system up and running, how do you assist the farmer with their productivity and grass growth because the last thing we want is them losing production and financially suffering the consequences of that."

The workshops were run by Regenerative Solutions and supported by Venture Taranaki, which is promoting farming diversification and resilience as part of its strategy of moving the province towards a low emissions economy.