Despite recent flooding, farmers are expected to flock to Southern Field Days starting at Waimumu near Gore today. 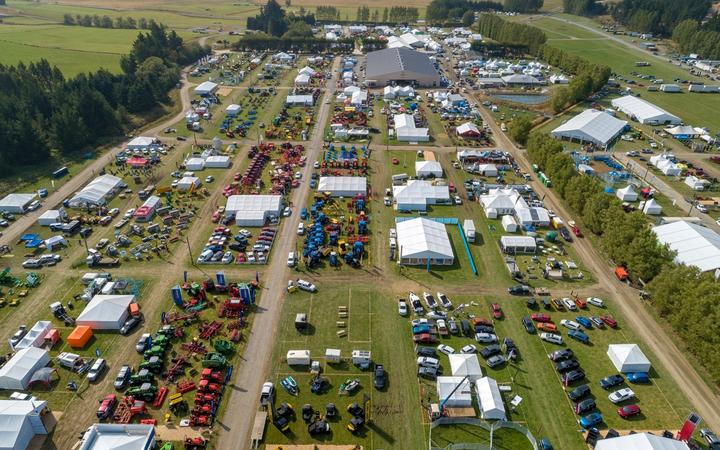 The biennial three-day event - which started in 1982 - will this year involve more than 700 exhibitors and is expected to draw in about 40,000 people.

Event chair Warren Ross, a local farmer, said flooding in Southland last week prompted the Southern Field Days site to be used as an evacuation centre for some locals and their pets.

"We had 12 or 15 people plus a few kids and their pets. We had the Petting Zoo out here for a wee bit, cats and dogs and birds and all sorts of things," Ross said.

Despite the recent bad weather, Ross said the event was running business as usual and would be a good opportunity for the community to come together.

"Farmers will be coming out in droves, and yes, I think it will be great to get them out and about having a catch up together and get off the farm ... yeah, I think it is going to be a great event."

Ross said tractor pulling, speed shearing and a fencing competition were just some of the events punters could watch over the next few days.

The Southland Invitational Rugby team was also gearing up to face the Nadroga Fiji team who arrived in the region last night, he said.