Central Otago cherry growers are reporting a tough 2019-20 season, with yields about half the normal size due to poor weather conditions. 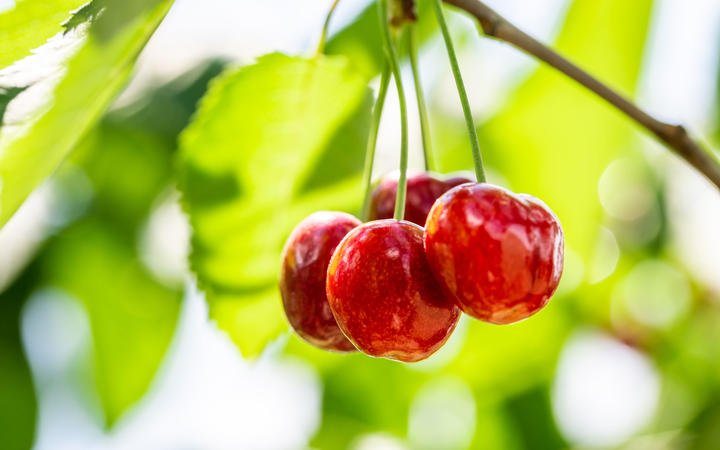 The majority of cherries are harvested in the region between mid-December to early February.

Summerfruit NZ chair and general manager of the cherry exporter 45 South, Tim Jones, said yields were about half, or maybe even a little bit less, of what a full crop would be in the district. It was the second tough season in a row for growers, he said.

"So two years in a row of low yields, I think growers will be looking forward to next year and [getting] back to some good volumes."

Jones said the current season had been challenging due to poor weather during the pollination period in spring and a cool, wet start to summer.

"[It has been] not until January that we've got some summer [weather]... and some nice fruit to pick, but just not enough of it unfortunately," he said.

Industry data from mid-January showed about 1250 tonnes of the fruit had been exported so this season, which was lower than normal, Jones said.

Coronavirus could cause trade disruptions

Jones said cherry exporters were anticipating softer demand out of China due to the coronavirus outbreak.

China was New Zealand's second largest export market for cherries and the lead up to Chinese New Year was always very busy time for exporters, he said.

Jones said there tended to be a short, quiet period for exporters after the festive holiday, but due to the outbreak, demand could remain weak.

"What we're hearing from our importers now is that China is continuing to be quiet, as people are told to stay at home and stay out of the markets," he said.

"So [there's] a little bit of concern that the remaining fruit, that is still to be picked, packed and exported may not be heading to China."

Jones said the smaller cherry crop this season meant that the impact of a weaker Chinese market was not as significant. He expected other markets would be able to absorb any excess fruit.