Nelson orchardist Jono Sutton has taken out this years Young Grower of the Year title. 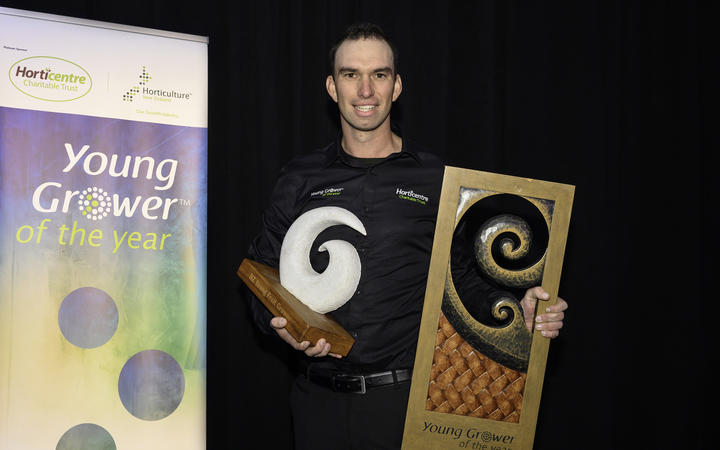 As the regional Nelson finalist, the 26-year-old went up against six other contestants from around New Zealand in Tauranga this week.

Having taken part in the Young Grower regional competition since he was 19, winning the national event had been a massive achievement, Mr Sutton said.

"Some of the past winners have gone on to do amazing things in horticulture, so to have my name next to theirs is overwhelming," he said.

Mr Sutton works at Edens Road Fruit in Nelson, an orchard owned by his family that grows three varieties of boysenberry and nine varieties of apples.

Mr Sutton said his family had a long history of farming and growing in the region and he was looking forward to helping carry on that tradition.

"I'm a seventh generation direct Sutton to sort-of farm the land in Richmond... I really love and enjoy what we do here and it'd be nice to see that continue on into the future," he said.

Mr Sutton said his grandparents had come to Tauranga to support him at the event.

"They've been in the industry since the 80s, when they transferred from agriculture to horticulture with the help of my father. For them to be able to pass the baton on to me is a real blessing," he said.