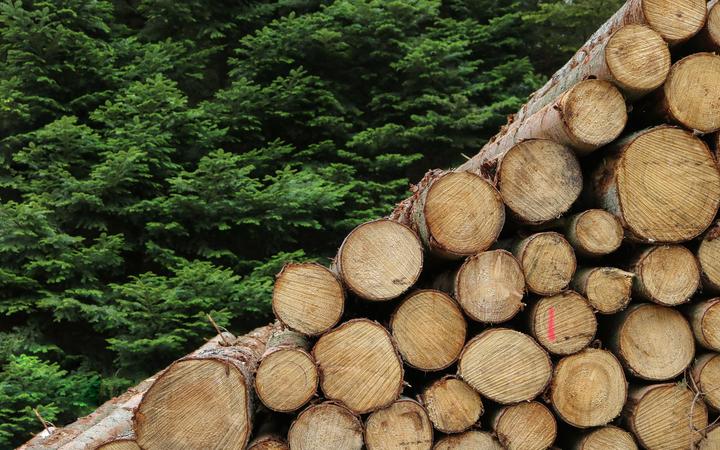 Distortions in international trade are starting to make it difficult for local wood processors to be competitive globally. Photo: Unsplash / Oliver Paaske

The Wood Processors and Manufacturers Association told a meeting in Nelson that distortions in international trade were starting to make it difficult for local processors to be competitive globally.

The industry worked to add value to New Zealand's raw timber and supported 25,000 jobs nationwide, but it was fighting to survive.

That was because international competitors were playing by a different set of rules. 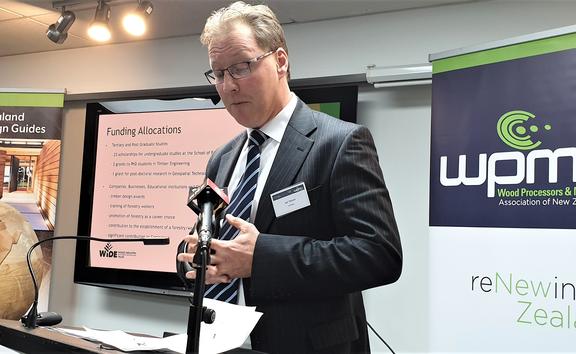 "And all this, we believe, is being caused primarily by subsidies that are being paid out across the world, and that are supporting the industries we are competing with," Mr Tanner said.

"MFAT (Ministry of Foreign Affairs and Trade) likes to call them non-tariff barriers - let's just call them the covert world of subsidies because they're really, really, really hard to see."

They were focused on finding ways to tackle the problem, but the elephant in the room was log supply and prices, he said.

The global manipulation of pricing was hurting New Zealand processors and timber growers.

The association's chairperson, Brian Stanley, said if everyone around the world paid the same price for logs, it would help their cause.

He said the onus was on government to come up with a plan that would protect regional jobs.

"People must come first and this can't simply be about providing a source of raw materials for export so that the real wealth is created elsewhere."

Mr Stanley said it was strange that New Zealand was happy to import native timbers like oak and mahogany for making furniture, yet we were not able to use our own native timber for that purpose.

"Certain New Zealand species can be sustainably managed for high grade furniture products and this would help the job opportunities for regions like the West Coast and Northland, so why aren't we doing this?"

The government recently commissioned an inquiry into the log market, which was looking into barriers to fairer international competition.

Mr Tanner said it was a good start.

"We've certainly made the case for the issue. What officials are doing now is drilling into what we can understand about the sector and what's supporting it around the world because we really don't - as a global industry, understand that."

The government was also working on securing a range of trade agreements, but warned it would not be be a quick-fix.

The Minister for Trade and for Export Growth, Damien O'Connor said agreements in principle with ASEAN member countries - from South East Asia - were expected to be in place by the end of the year.

"We won't get all the things we want but if we can get in place rules of trade that all those countries have to adhere to, around e-commerce, around investment and around goods, then we'll be in a safer space," Mr O'Connor said.

But a recent visit to Britain and Europe did not inspire as much confidence.

While there was uncertainty, New Zealand was ambitious, had good relationships where it counted, and had leverage in Europe with its principles on the environment and on climate change, Mr O'Connor said.

"Many of those countries are looking for excuses not to take our product. The fact that we're engaged in sharing their concern around global climate change means we're of like-mind and we can talk about trade."

Mr O'Connor said the government's Billion Trees Programme was good news for the wood manufacturing industry because it was putting long-term supply in the ground.

Mr Stanley said the sector was also hoping to boost domestic interest by making it easier for architects and engineers to build in wood.

A Nelson architect, Andrew Irving, said the country's timber design guide was being updated, aimed at prompting wider use of New Zealand timber.

"At the end of the day the decisions about how we make buildings are often made financially."