The prices for the country's main commodity exports have fallen to their lowest level in five months with the slide in timber prices hurting the most, and a stronger New Zealand dollar also denting returns. 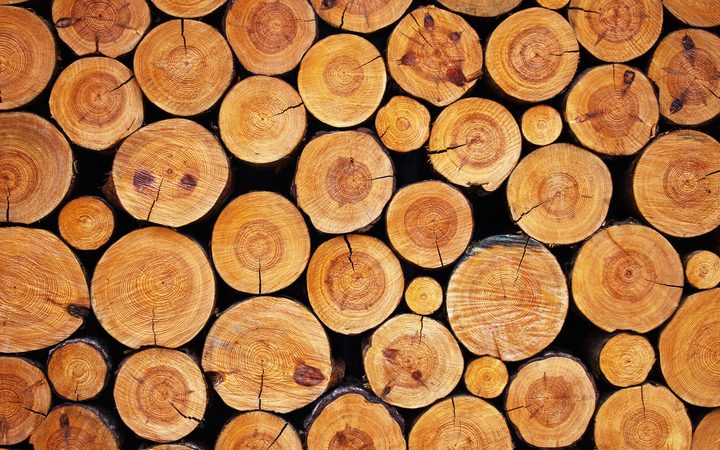 Forestry prices have fallen to their lowest level in two-and-a-half years, caused by the well publicised glut of logs in our biggest market, China. Photo: 123RF

ANZ Commodity Price Index fell 1.4 percent last month on June, and is now marginally lower than a year ago.

Forestry prices have fallen to their lowest level in two-and-a-half years, caused by the well publicised glut of logs in our biggest market, China.

Meanwhile, recent softness in world dairy prices has added to the pressures.

"Buyers are also more cautious than normal due to the impact the trade war between China and the United States is having on manufacturing activity."

However, it was likely that dairy - the country's biggest export item - would start to improve, especially for milk powders, Ms Kilsby said.

Price gains were being seen for meat and fibre and aluminium, while horticulture was holding steady.

Export returns in New Zealand dollar terms were hurt by the recent rise in the currency which reduced the earnings.

Ms Kilsby also noted that shipping costs had risen sharply this year because of a shortage of suitable vessels.

She expected costs would increase further next year as shipping lines were forced to use cleaner fuel.