Banks tightening lending and an atmosphere of concern within the farming sector is being attributed to declining farm sales. 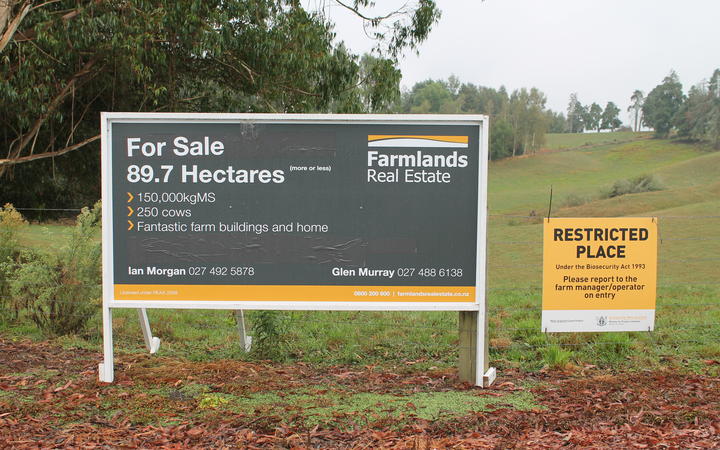 Properties sold in the three months to June have dropped by 25 percent compared to the same period a year ago, according to a new report from the Real Estate Institute of New Zealand.

Gisborne was the only region that recorded an increase in the number of farm sales over that period. Waikato recorded 18 fewer farm sales, which was the most substantial decline.

Real Estate Institute of New Zealand rural spokesperson Brian Peacocke said farm sales for the last quarter were at their lowest level for at least the last four-to-six years.

While winter was a slow period, the drop seemed to reflect that banks were tightening lending while the farming community waited for more clarity around central government policies and regulations, he said.

"The current level of interest rates continues to be an attraction for borrowers but reports from around the country confirm a tightening of lending criteria from banks across the board.

"Factors surrounding compliance issues, climate control, carbon credits and the expansion of forestry into the pastoral sector continues to exacerbate the mood of concern that hovers over the rural horizon," he added.

According to the institute, for the year to June 2019, nearly 40 percent less dairy farms had been sold, while the number of finishing farms had dropped 14 percent and arable farms by nearly 19 percent.