Finland has taken out the supreme award at this year's World Steak Challenge in Dublin. 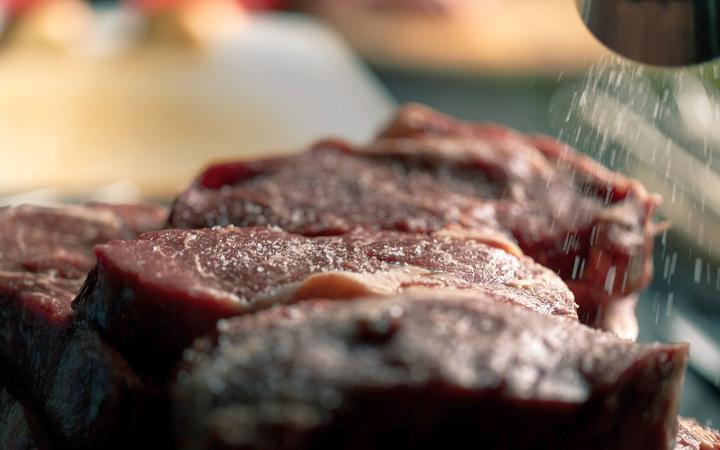 Now in its fifth year, the competition is designed to benchmark the quality of beef production against international competitors.

They judged each entry raw and then cooked for aroma, colour, flavour and marbling.

Finland based JN Meat International was handed the title of World's Best Steak for its grass-fed ribeye.

New Zealand producers First Light, ANZCO Foods, Alliance Group were amongst the 106 companies that took out gold awards for their steaks.

First Light managing director Gerard Hickey said he was happy with this year's award for the best fillet steak in the marble score 6+ category.

"First Light entered the market in 2011 with 100 per cent grass-fed wagyu and had experienced phenomenal growth with distribution in Europe, US, UAE and New Zealand," Mr Hickey said.

Alliance Group's Pure South Handpicked 55-day aged beef won a gold medal in the ribeye category and a bronze in for its fillet.

"Accredited graders carefully hand select the meat from prime cattle of any breed. Only a fraction of the very finest beef ever makes the grade," Mr Kingston said.

Competition organisers said the standard of entries this year had raised the bar and the judges had a challenging day deciding which steak should be named champion above the rest.