Butchers in France have written to the government asking for protection against militant vegans, accusing them of trying to shut down the country's traditional meat-eating culture. 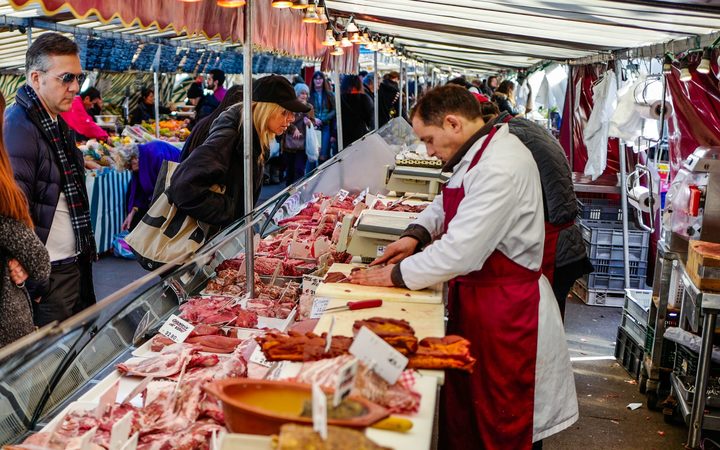 Shops have been stoned or defaced with anti-meat graffiti and stickers, the French Federation of Butchers said.

Over the last few months, 15 shops were splashed with fake blood.

Federation chief Jean-Francois Guihard said in the letter that such attacks were a form of terrorism.

"It's terror that these people are seeking to sow, in their aim of making a whole section of French culture disappear," he wrote.

Vegans wanted to "impose on the immense majority of people their lifestyle, or even their ideology".

Vegetarians and vegans make up just a few percent of the French population.

A 2016 survey estimated that 3 percent of French people were vegetarians.

"The vegan way of life has been over-hyped in the media," Mr Guihard said, contributing to intolerance.

French butchers have an exalted place in traditional French life but incidents like these are not entirely new, BBC Paris correspondent Lucy Williamson said.

One shopkeeper described his locks being glued shut 20 years ago.

As a result of a reduction in meat sales, farmers' groups have appealed to President Emmanuel Macron's government in recent weeks to prevent measures that they perceive as anti-meat.

Food makers want to stop the use of the terms "steak", "fillet", "bacon" and "sausage" for non-meat products.

A proposal to require schools to introduce a weekly vegetarian meal was rejected in parliament.

A vegan activist in France received a suspended prison sentence in March for posting a Facebook message saying the killing of a butcher by an Islamist militant was "justice".