New Zealand kiwifruit grower Seeka says it is unclear how some of its kiwifruit vines in Australia became infected with the vine-killing disease, PSA. 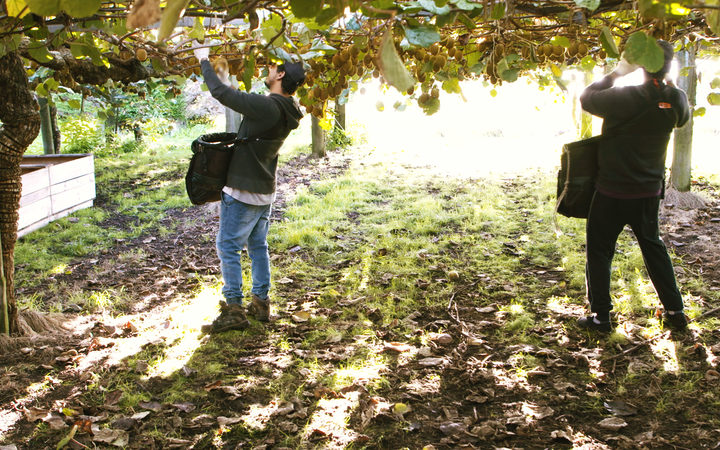 Seeka revealed its worries about the possible presence of Pseudomonas syringae pv. actinidiae (PSA) on an orchard in Victoria earlier this month in a statement to the Stock Exchange.

Agriculture Victoria has now confirmed the detection of PSA biovar 2 or 3 - aggressive forms of the disease that can kill susceptible kiwifruit vines.

About 4.5ha of its 154ha of kiwifruit vines in Australia were affected, Seeka chief executive Michael Franks said.

"Seeka has moved to contain the outbreak and is working with Agriculture Victoria and the relevant Australian Federal Authorities," he said.

A mild form of PSA was detected in Australia in 2011 - but this is the first time the more aggressive form of the disease has been detected there.

New Zealand has battled PSA since 2010 - costing the industry here an estimated $900 million.

Mr Franks thought it was unlikely the PSA contamination had come from New Zealand.

"We don't know how the disease has got there.

"What we can say is... we haven't imported any plants into Australia."

While other kiwifruit growers in Australia might have concerns about the disease, the majority grow a green kiwifruit variety that is less susceptible to the detected strain of the disease.

Mr Franks said PSA was not expected to be a significant problem in Australia, given the hot climate.

"PSA doesn't like the heat that much, so we kind of think the disease will naturally die off in the summer," he said.

Seeka did not expect any material financial impact on the current year as a result of the disease, he said.