Suzy the super-sized feral sheep who spent years evading farmers in the King Country is now minus her exceptional cloak. 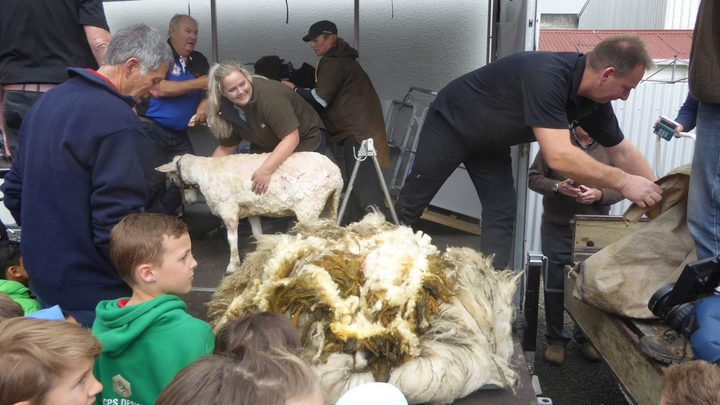 She is exactly 14.6kg lighter after being shorn in front of a 100-strong crowd at The Wool Shed in Masterton on Sunday.

The never-shorn Perendale-Coopworth cross was recently captured on a remote bluff in the Mapiu district south of Te Kuiti, by Amie Ritchie and Karla Clark.

Gavin Tankersley of the Shear History Trust said the fleece did not come close the weight of the famously woolly Shrek's coat, but the length of the fibres may be enough to claim a record.

Suzy was shorn with blade shears by world record-holder Peter Casserly, who also did the honours for Shrek, the famous merino sheep discovered at Bendigo Station in 2004. 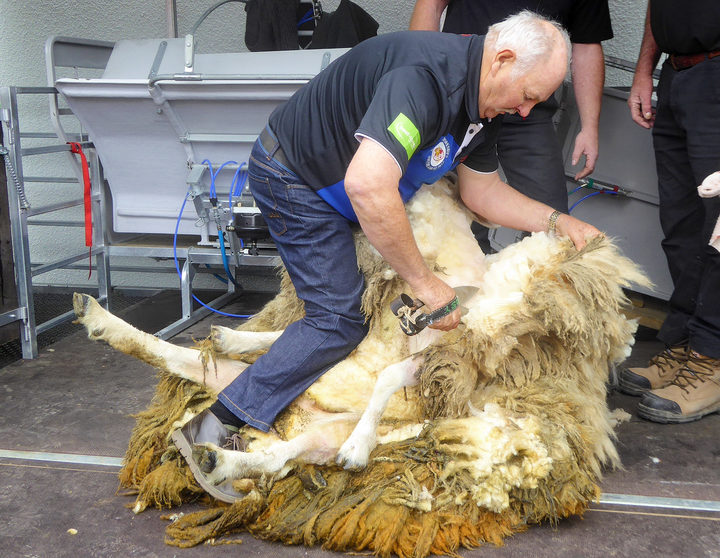 The merino wether was discovered in an Otago cave, sporting a 27kg fleece, having evaded shearers for six years.

The weight record initially claimed by the late Shrek, who died in 2011, is now held by a sheep in Australia, named Chris.

Mr Tankersley said Suzy's fleece was 550mm long (the length of the staple), weighed 14.6kg and took just over eight minutes to shear.

He said it was not so much hard work shearing, as the need to be careful not to cut the sheep.

"With that length of wool and not having shorn for about five years, you have to be careful you don't pull the skin, so that means blade shearing is ideal," Mr Tankersley told RNZ. 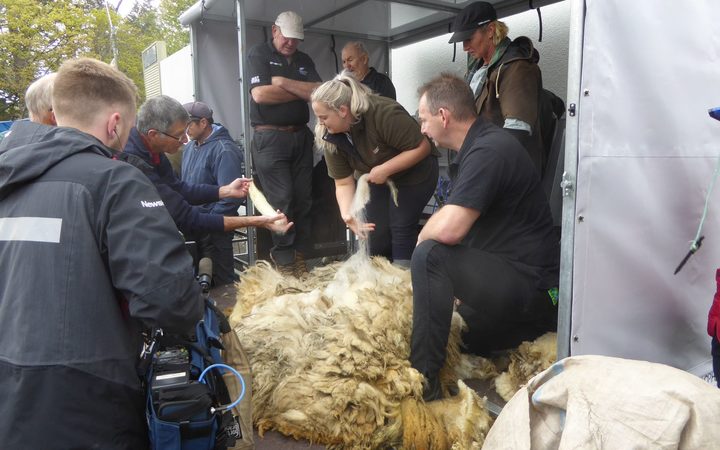 A section of Suzy's wool is being chosen to measure. Photo: Supplied

He doubted Suzy would mind being without her heavy fleece as the warmer temperatures arrived.

He said Suzy was in good condition and evidently well fed.

The public event yesterday included a guessing competition for the longest wool, won by Jan McEwan. There was also a contest to guess the weight of the fleece and the time taken to shear the sheep.

Mr Tankersley said it was not clear what would be done with Suzy's fleece, but it was good enough to possibly be turned into a rug.

Suzy would be put forward for a Guinness World Record for sheep wool staple length, he said.

The Wool Shed is New Zealand's national museum of sheep and shearing. It opened in Masterton in 2005, and was administered by the Shear History Trust. 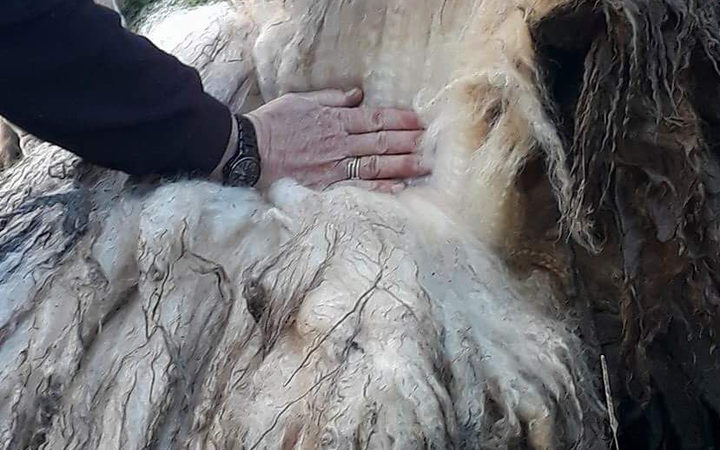