What's happening on farms and orchards around Aotearoa-New Zealand? Each week Country Life reporters talk to people in rural areas across the country to find out. 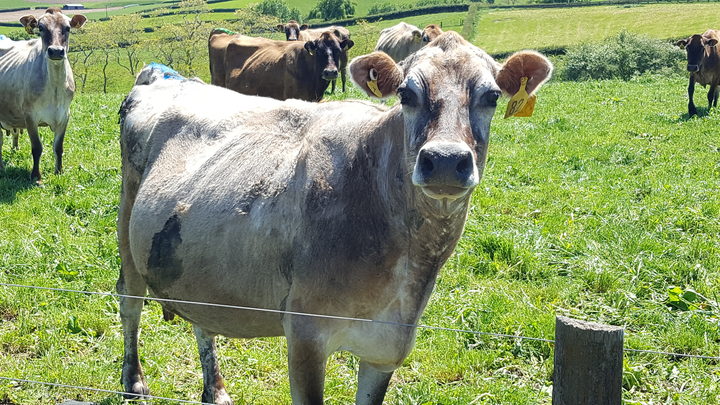 In Waikato the cows are milking well Photo: Supplied

In the north it has been a bit cold. Northland temperatures have been sitting around 13 to 16 degrees. There is not much grass growth. Soil temperatures are down and soil has turned dry and hard. Farmers are holding back buying stock because of a lack of grass and markets are flatter than they should be at this time of year.

Pukekohe's few showers have not been enough to replenish soil moisture. The wind has been drying it out so growers are needing to irrigate. Vegetable growers and orchardists are concerned about the rising cost of production and marketing. As the New Zealand Dollar has fallen, fertiliser, fuel and crop protection products have become more expensive. With many other cost increases likely, growers will need to seek higher prices for their products.

In Waikato pasture growth has been pretty good but it has been cool. Cows are milking well, silage is being cut and maize is going in. Dairy farmers are unhappy at the reduction in the forecast milk price. At $6.25 per kilogram of milk solids - they will still be in the black but amount of discretionary spending will have to be whittled back. Asparagus spears are continuing to grow strongly in any sunshine.

In King Country a couple of light frosts touched new growth on rhododendrons and nipped the top off early potatoes and pasture covers. The fine sunny week was fantastic for hogget lambing and for allowing early main shearing of ewes with lambs at foot to get underway. Forecast showers this week have not eventuated and farmers are wondering about the long-range weather outlook as garden hoses are being unrolled.

There was not a cloud in the sky when we rang Bay of Plenty on Friday morning and we were told it is the one week of the year when the weather is about perfect. Fifty millimetres of rain fell at the weekend. There has been cool mornings since and lovely afternoons. Grass and kiwifruit are growing. There has been a hum of frost fans in the mornings - but any frost will have been light. Workers in kiwifruit orchards are busy removing flower bud from vines - just so they don't carry too much fruit. Silage is being cut and maize is going in.

Taranaki has been cold and dry. A focus farm is reporting 22mm of rain for October - the 58 year average is 99mm and pasture growth rates are below the 16 year average. A lot of people are cutting silage, artificial breeding is underway and contractors have been busy planting turnips and fodder beet. Milk production is good. So good that it's not all fitting in the tankers as planned, so Fonterra is juggling pick up times. Tanker drivers are flat out.

It has been a really annoying week for Hawkes Bay grape growers. The grower we rang said he had been up for the fourth time at 2.30am - his weather station dials through to his phone. First when the temperature drops to 1.5 degrees and then again at half a degree. He has to get up and manually turn on his frost fighting equipment - wind machines and water. He says it has been a tricky weather event - with temperatures dropping very quickly and not when you would expect. The vines are well past bud burst and the tender chardonnay shoots are about 20cm long. They cannot handle any frosts at this vulnerable stage. Flowering is a month away.

Hawkes Bay farmers have had really good grass growth. There was quite a bit of rain a month ago and the wind has dried surface out - but underneath there's good moisture. Lambs have been loving the sun. 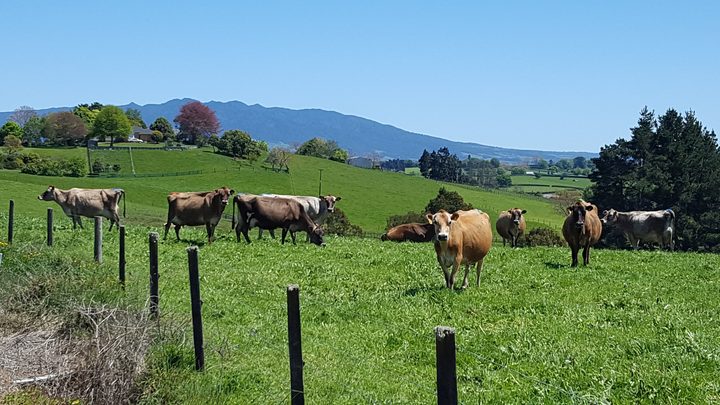 Another beautiful day on the farm Photo: Supplied

Manawatu and south down the coast is desperate for rain; certainly compared with recent springs. It has been warm and dry, although just in the past week, nights have become cold again and there have been a couple of frosts. They have slowed pasture growth. As result where cows have chewed paddocks out; the grass has not regrown much before stock are due back in them. The farmer we spoke to is feeding maize again, and others who had paddocks closed up for silage have had to open them up. Milk production has been really good because cows have been enjoying the recent warmth.

It has also been cool in Wairarapa - just when farmers were hoping it would be nice and warm. There have also been a couple of frosts here too. Hill country farmers have mostly finished docking and are moving into docking hogget's lambs. There are a lot of disappointed farmers as lambing results have been pretty average - thanks to a shocker of a storm that arrived just at the wrong time. There was about 20 to 30 millimetres of rain last weekend - and there's a huge of amount of activity getting crops in the ground, Dairy guys are trying to take advantage of all the grass and get as much milk as they can into the vat.

Peony growers in the Nelson-Tasman region are continuing with a busy harvest time for the export market. Flower quality is good despite the wet September but they are having to keep a close eye out for botrytis. Flowering is coming to an end in orchards and fruit set is occurring. Chemical thinning is about to start on apple and pear trees.

Eastern Marlborough is getting a tad dry but that withstanding it has been a fantastic spring. A farmer at Blind River booked his 20-month-old bulls in for the freezing works. They're pushing 700kgs and he said in winter they were gaining 1.5kgs a day because feed covers were so good. With reasonable moisture levels in the ground, lucerne that was put in several days ago was already up. Frost protection has been needed this week in vineyards - but apart from that the fruit is out and spraying programmes for powdery mildew are underway.

Silage and bailage is being made on the West Coast and most crop paddocks have been re-sown. Cow are cycling and our contact at Hokitika said mating on his farm started in a couple of weeks. Milk is at peak production - it is at the same level as last year but all on grass; last year they were having to use supplements.

Canterbury had a mixed week weather-wise which has meant fodder beet planting has been a bit stop and start. Grass growth is really kicking into gear after the 30mm of rain at the end of last week. This has also meant irrigation can be held off for a few more days. On dairy farms, Jersey bulls have arrived to go out with heifers.

Farmers in South Otago are preparing paddocks for winter crops. Our contact said he would be on the tractor all weekend and on Labour Day. In fact he can't remember the last time he had the Monday off! Tailing's finished and tallies are just average this year. It is been a bit cold this week too so stock are starting to get on top of feed.

Eastern Southland has had a few showers but there has been a good dose of sunshine too. Tractors are going flat out. On a sheep farm up the Blackmount Valley 4000 tails have been counted so far and another 2000 are due to come off. Hogget's are lambing and bulls are piling on weight. Artificial Insemination is underway on dairy heifers. Cows are milking well.