Te Tai Tokerau, Northland, turned a corner this week, the days were warmer and soil temperatures have lifted. Pasture covers are still a little ratty but in the next week grass will start growing faster than the stock can eat it. 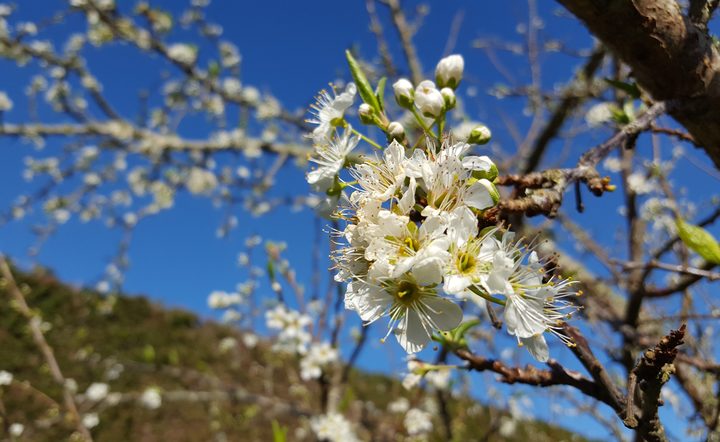 One word summed up Pukekohe this week ...amazing. It was fine all week. Lower down in the soil profile things are still sticky but the surface is now so dry that shallow rooted crops or recently planted transplants will soon need irrigation. Celery is already getting irrigated because it succumbs quickly to physiological disorders at this time of year if it doesn't get plenty of water.

In Waikato the first of the season's asparagus is popping up quickly. It has apparently cleaned up nicely in the fine weather. One grower says he is picking every second day rather than every third which is more usual for the start of the season. Early prices are high which is a nice treat for the growers; they don't last. 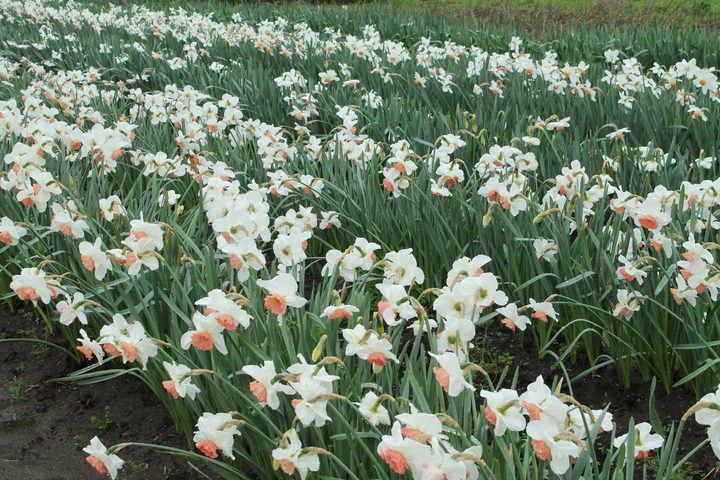 Over the Kaimai Ranges and Te Moana-a-Toi, Bay of Plenty, is drying out. There's been no rain for ten days and the grass is growing. Our contact here says he thinks Fonterra's $196 million loss is still really sinking in and there is a bit of disquiet. However he doubts there will be a rush to the door to change companies.

Kiwifruit pruners will be looking forward to some rain arriving next week and getting a forced break. They're exhausted now the pruning season is near the end.

In Rohe Potae o Maniapoto, King Country, a few light frosts early in the week slowed grass growth but it has been excellent lambing weather for the main flocks now in full swing. Older lambs are enjoying the fine days. Agricultural contractors are getting on with re-cultivating crop ground for new pastures or summer crops to go in.

In Taranaki growth that had slowed in the cold last week, picked up this week. Pasture covers are adequate to good. Hill country farms are in the peak of lambing; luckily the poor weather only lasted four days so the survival should have been okay.

Tūranga-nui-a-Kiwa - the original Māori place name for Gisborne - has been beautiful. Lambs are growing well. The proposal to extend the port so two logging ships can load at once is being delayed going through council as local iwi want authorities to make sure the nearby nursery beds for crayfish are protected.

Near Heretaunga there was a lot of noise in the early hours of Monday morning as wind machines were turned on in apple orchards. Temperatures didn't reach the critical minus two degrees thankfully and since then it has warmed up as the southerly died off. On Thursday, the mercury reached 22°C even though the dressing of snow lingered on the ranges. Apple trees are getting to the stage where orchardists can see what their crop will be like this season. With improvements in thinning and other treatments the biennial bearing of trees is largely being overcome.

Wairarapa is also through the terrible weather blip of last week. The sun has been out, water has drained away and grass is growing. Some farmers are having to apply nitrogen by helicopter however because the ground is still too wet for trucks.

In the Taihape district lambing stretches from early August to mid-October so the recent poor weather, when a couple of hundred millimetres of rain fell, took a heavy toll on some farms and there will be a significant reduction in lamb numbers which is heart-breaking. However, region-wide lamb losses will not be catastrophic. Temperatures have warmed up and grass is starting to move. 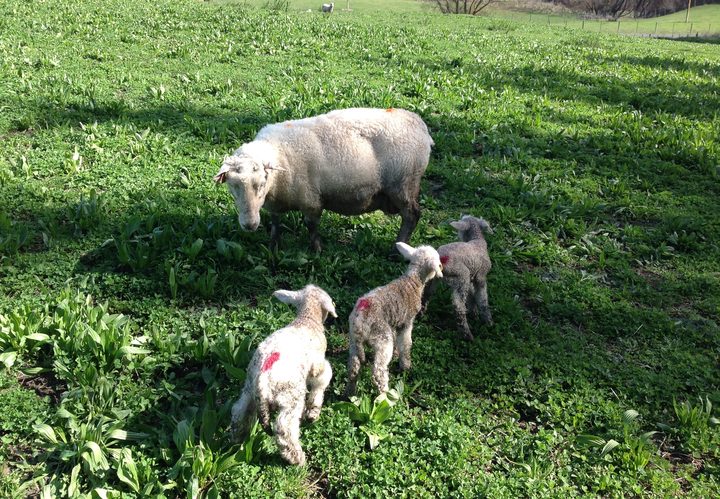 It's been a slow week for everything that grows in Horowhenua. There is still snow on the ranges and there were several frosts this week. Temperatures were luckily a little brighter by Thursday and spring is maybe about to arrive. The cool weather meant the first of the season's asparagus isn't quite ready yet.

Our conversation with a farmer in Te Tau Ihu, the Nelson region took place over the sound of mooing calves. He says farmers are into the long, tail-end of calving. There have been a couple of beaut 18° days this week and, finally, a break in the wet weather - 10 days without rain has given them a chance to sort out paddocks and get fertiliser on. Hop growers are flat out stringing, and orchardists who had to keep off their blocks because it was so wet underfoot can now get back onto them. The weeping willows are in leaf.

Marlborough's dried out a bit after a very mild, wet winter. Farmers and animals have loved seeing the sun. Lambing on our contact's farm, 30kms from Blenheim, has all but finished but it is just starting in the hills. On earlier properties tailing's started. Sauvignon blanc vines are not far from bud burst - a touch earlier than usual and in the danger zone for frosts so growers have helicopter pilots on speed dial. They hover over the vines to move the air so frosts don't settle. 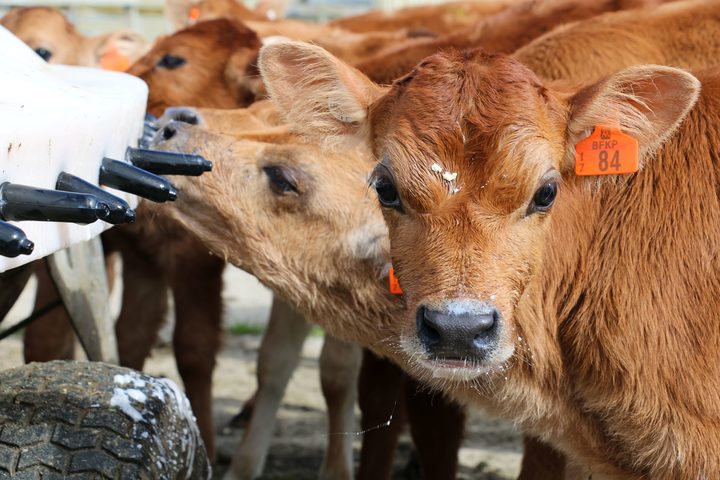 Spring has definitely sprung in Waitaha, Canterbury with temperatures nudging 20°, nor-west winds and blossom are appearing. Farmers are very busy with lambing, calving, endless tractor work and early baleage. The farmer who lets us know what's happening in Canterbury was heading away for a last ski on Friday - into "spring snow" given the temperatures down in the plains.

On the West Coast, Te Tai Poutini after days of wonderful sunshine, there has finally been some rain - and it was welcome! Dairy farms are through the bulk of calving, there are lots of milk tankers buzzing around, and grass is coming away nicely. There are some decent ankle breakers though out in paddocks - the now dry pug holes, so heavy rolling is taking place to get rid of them.

Te Manawa o Otako - Central Otago - is looking a picture with clouds of white and pink blossoms in orchards. Plums and nectarines are out and when you drive through orchards you can smell their sweet aroma. Bees are busy doing what bees do and apple blossoming is just around the corner. Orchardists will have to start mowing between the rows soon - so grass is on the move. Lambing's just started, it's timed to coincide with pasture growth.

A dairy farmer near Balclutha says he is three-quarters of the way through calving with 200 to go.

Murihiku - eastern Southland had beautiful sunshine, a bit of wind, a couple of frosts and very good grass growth. Calving's well through and, on the down country, farms are in the thick of lambing. There's a bit of hogget shearing going on. Higher country ewes are due to start lambing next week.

- For more of rural New Zealand check out Country Life.