The High Court in Wellington has heard of a seven-year delay in carrying out checks on an American facility which was supposed to make sure seedlings imported into New Zealand are safe. 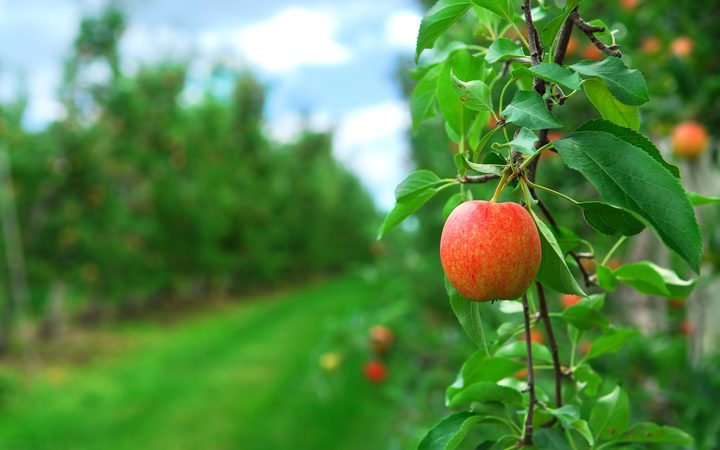 A range of nurseries and orchards in New Zealand were told to destroy or contain the cuttings - mainly for new varieties of apples, cherries, apricots and other fruit. Photo: elenathewise/123RF

That allowed plants to be brought into New Zealand in good faith, only to be impounded later on.

The accusation came from the lawyer, Grant Pearson, speaking on behalf of Waimea Nurseries near Nelson.

It and several nurseries and orchards say they stand to lose hundreds of thousands dollars each because of valuable seedlings stuck in limbo by order of the Ministry for Primary Industries.

In the long run, their losses could run into the millions.

The problem began when an American facility in Washington State that approved the biosecurity status of plants had its accreditation withdrawn by the ministry here.

That happened after an audit in March found the American facility had missing or contradictory information.

The ministry then seized legal control of 48,000 cuttings which had been imported under American endorsement, saying their biosecurity could not be assured.

A range of nurseries and orchards in New Zealand were then told to destroy or contain the cuttings, which were mainly for new varieties of apples, cherries, apricots and other fruit.

That action led to today's court action, after the plaintiffs said destruction of the seedlings would be unfair, and containment could be prohibitively expensive.

Speaking on behalf of Waimea Nurseries, Mr Pearson said the problem was aggravated by the ministry itself, which should have been checking up on the US facility more often.

"The normal process according to the standards is that (the US facility) should be audited every year," Mr Pearson told the court.

"MPI said they were going to re-audit it is 2015, but in the end there was a longer gap than that.

"In fact MP did not get round to auditing it until March this year."

Mr Pearson said that meant everything imported between 2011 and 2018 could be classified as unauthorised goods, and that led to another problem.

Normally, seized property would be subject to compensation under the Bill of Rights Act - but not unauthorised goods.

This made the problem worse - goods could be declared unauthorised, removing the right of compensation, solely because of the ministry's own shortcomings.

The Waimea claim was set to be followed by a parallel case from several other orchards, mainly in Hawke's Bay.

Lawyers for the Crown would then make counter submissions.

The real costs of this case have not yet been finalised, because of the unknown opportunity costs of new and potentially winning varieties of fruit being stopped from going to market for the best part of a decade.

The plaintiffs want the ministry's order to be overturned, or at least modified.

The hearing will last for two days.