Do you know what is happening on farms and orchards around New Zealand? Each week our reporters from Rural programme, Country Life, talk to farmers about the state of rural New Zealand. Here's what they told us. 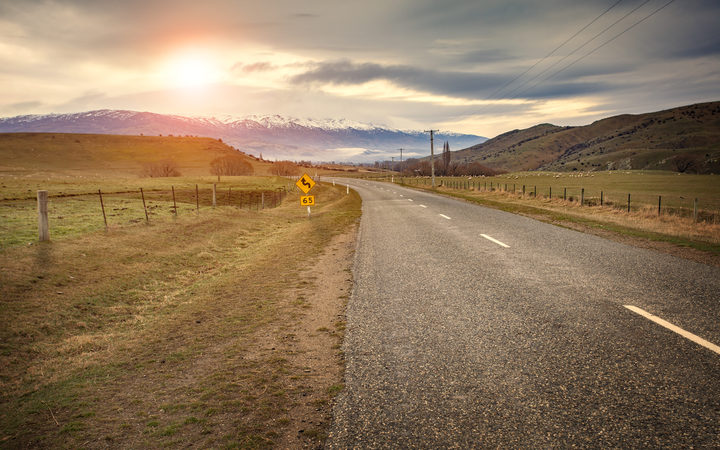 Northland's had a bit of rain last week but it had been a dream few weeks until then with little rain and there's solid ground where normally it's mud. Temperatures have been cooler so growth is patchy but farmers are happy that it's been a dry winter after a wet start. Calving's going a bit quicker than expected.

South Auckland has had milder temperatures, more sunshine but continuing light wind. Sloping land has drained well enough to accept heavy machinery but flatter fields still have surface water in the wheel tracks. Most crops need fertiliser after continual rainfall and where possible, growers have been busy applying it. Crops are displaying signs that spring style growth is underway, especially early potatoes on Pukekohe Hill.

On Waikato farms it's still muddy, although in the past month soil temperatures have been one and 1.5 degrees warmer than normal so growth is good. Cows are little bit light because earlier on they were trampling a lot of their feed into the ground. Calving will be reaching a lull about now, because back in November when the bull was out they seemed to give up on the job and sit in the shade more than normal. The calves coming from artifical insemination will be nearing the end now.

Bay of Plenty doesn't need much rain to make things very wet again because soils are saturated. Our farmer contact says they got 27 millimetres of rain in 24 hours. However as in Waikato, sunny days between the showers are helping grass grow. Sheep farmers are getting into lambing and pastures are freshening up nicely, with a bit more sushine things will really hum.

If you want to aerially apply fertilister around Taumarunui or Ruapehu and haven't booked it in, you'll be waiting until after August to get an available aircraft. Fertiliser is whizzing out of the Taumarunui depot.

Taranaki by and large had a good week, the province is getting enough rain to keep things wet but again temperatures are okay and pasture covers are picking up a little; that is good because after last summer's drought fewer supplement were made.

After a wet and cold June in the Whanganui Rangitikei area, July was wetter and warmer. Soil temperatures were 9 to 10 degrees last week. Nitrogen-assisted dairy pastures are growing 25kg of dry matter a day, hill country beef and lamb properties are growing 12kg and 16kg, which is above average. More two tooth ewes are expected to have twins this year than the mixed age ewes, and normally it's the other way around. Calving on most farms is ahead so there's more milk going into the vat than this time last year.

Some local meat works are shut for maintenance so stock are being carted reasonable distances for processing.

Gisborne had a beautifiul couple of days after rain. Early lambing farms are starting docking; main mobs will be down in September. Grass is starting to grow and vegetable growers on the Gisborne plains are flat stick planting brassicas and other vegetables now the rain has gone away.

Hawke's Bay is hitting a warm patch now so stone fruit trees are looking really pretty in flower. There was a lot of rain last weekend which pastoral farmers would've liked, especially those on the coastal ranges and central plains.

Horowhenua has been mild so growth is great. Dairy calves are dropping out quickly. On the asparagus front, the ground is being prepared for new plantings which will happen in the next few weeks. The mild weather is helping vegetables grow so there is more product around again.

Orchards in the Nelson/Motueka region are wet and muddy. Tree pruning is continuing, sprays are being prepared as bud break approaches and once the ground dries out fruit trees will be going in.

Marlborough is wet, too. In the back country, 40 millimetres fell last week. A lack of frost means grass is growing well and green tinges on willow trees are appearing two weeks earlier than usual. Everyone's break feeding stock, pre-lamb shearing's underway and a few early lambs are on the ground. In vineyards canes are being tied down on wires now that the pruning's done.

West Coast dairy farmers are flat out calving. One farmer at Rununga just north of Greymouth says torrential rain on Wednesday hampered his efforts to get calves out of paddocks as the quad bike, with trailer in tow, got stuck.

Calving is in full swing in Canterbury, pasture covers are well above norm and some farmers are already planning baleage, as they can foresee covers getting too high for paddocks at the end of the first round. Cultivation and sowing is well underway. Sheep farmers are wishing they were lambing right now. For the time of year, it is very dry and many are wondering what lies ahead.

Morning temperatures in Central Otago got down to minus 3 or 4 last week; mild conditions for high country farmers who are in the thick of half-bred sheep shearing. Half-breeds are usually a cross between merinos and romneys. The wool is mid-micron, so 22 to 28 on the scale and most of it goes into socks.

Western Southland is drying out but is still damp underfoot from all the rain in July. Hoggets that are due to lamb in mid-October, have been scanned at 112 percent on our contact's farm in Blackmount this week. His two-tooths scanned at 173 while the main ewes have scanned at 190 percent. "That's pretty good" he says considering last summer's drought. On dairy farms, calving is a quarter of the way through. The feed situation's okay but baleage, that's often used to supplementary feed cows, is being sold for up to pricey $120 a bale.