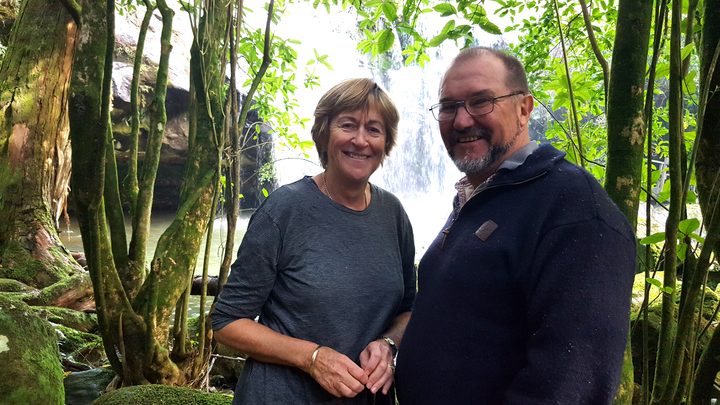 Kerikeri horticulturalists Alan and Helen Thompson tried to retire back in 2008.

The couple had grown export melons, Yen Ben lemons, kiwifruit and satsuma mandarins since the mid-1980s.

Just over twenty years later, they sold their orchards – which covered several hundred hectares – to Turners and Growers.

The lure of growing things saw them rebuilding their business around two kiwifruit orchards which they'd kept – and a decade later they're busier than ever.

Helen and Alan set up a packhouse for the kiwifruit and started planting the warm north-facing land near their home with grapes.

The grapes are made into wine by local producers Marsden Estate and sold at their cellar door from Labour Weekend until March.

The Thompson's enterprises are real family affairs with a son-in-law making craft beer nearby which is also sold at the cellar door.

Their other two children and partners have bought land near Kerikeri with plans to develop it for kiwifruit.

A natural amphitheatre near their house is a venue for summertime concerts. UB40, Fat Freddy's Drop and Sole Mio have all played there for about 5,000 people at a time.

Alan is about to plant 4,000 Yen Ben lemon trees and they've recently planted a further 15 hectares of kiwifruit rootstock.

These are ready to be grafted with one of the new kiwifruit varieties that may be released, or perhaps Sun Gold – the G3 variety which replaced Hort 16A once PSA hit.

About 30 years ago, the variety was about to be ripped out from a research orchard in Te Puke to make way for kiwifruit.

Alan shot down to the orchard, found the best tree, and the industry has grown from that.

"About ten minutes", he says, or "basically none". 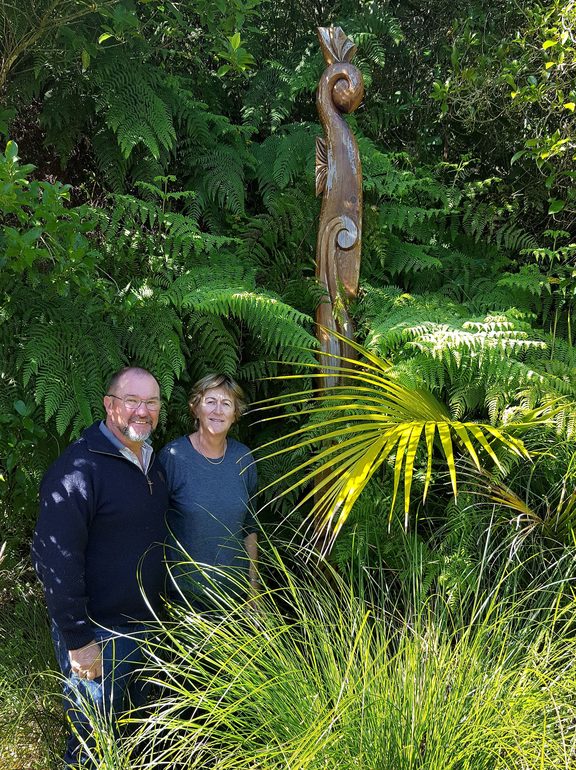 The Thompsons have about 30 full-time employees, two teams of RSE workers from Vanuatu and they employ about 120 staff over the kiwifruit picking and packing season.

Just to round things off over the past five years they've been developing a two-hectare wetland which the public can also access.

Over 10,000 native plants have gone in, and there's a boardwalk and waterfall to view.

They believe they've heard kiwi calling and say other native birds have certainly increased over that time.