Cattle disease Mycoplasma bovis is spreading around New Zealand farms at a rate much faster than previously thought. RNZ maps out the spread of the bacteria over time. 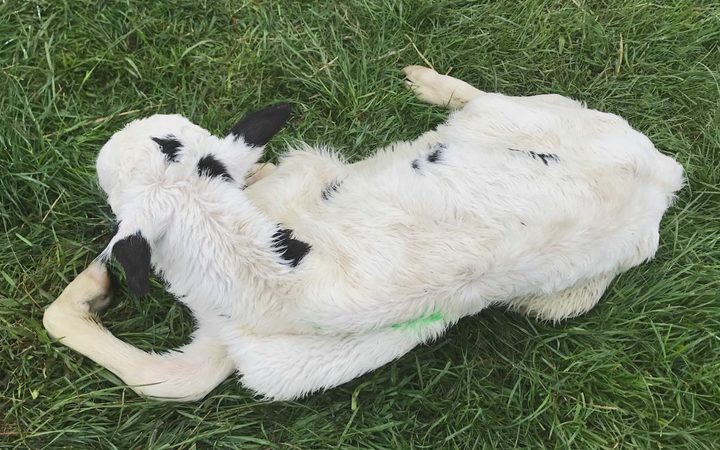 July 2017 - Ministry for Primary Industries (MPI) responds to the detection of Mycoplasma bovis on a dairy farm near Oamaru. The farm, part of the Van Leeuwen Dairy Group (VLDG), is put under legal controls to restrict movement of stock and other at-risk goods. Other farms in the group are also put under controls.

November 2017 - One further farm in the Waimate District tests positive.

December 2017 - Four more properties test positive - three in Southland and one in the Hawke's Bay. It is the first time the disease is confirmed in the North Island.

January 2018 - By the end of the month there are 23 infected properties - 22 in the lower South Island and one in the Hawke's Bay.

February 2018 - The number of infected farms hits 24. Focus goes on Southern Centre Dairies. MPI wants to hear from farmers who have used milk from them for calf feed since January 2016.

March 28, 2018 - Search warrants are conducted by MPI at three locations in North and South islands.

May 3, 2018 - The disease is confirmed at a sheep and beef farm in Pahiatua, in Manawatu - the second farm in the North Island.

May 9, 2018 - The disease is confirmed at a sheep and beef farm in north Canterbury, near Cheviot.

May 10, 2018 - The Agriculture Minister Damien O'Connor believes more farms than previously thought are likely to be affected by the disease because of the poor use of the national animal tracing system. The number of infected properties stands at 38.

May 14, 2018 - A farm near Cambridge in the Waikato tests positive for the disease.