Farmers could end up paying $30,000 each on average to help cover the cost of eradicating mycoplasma bovis. 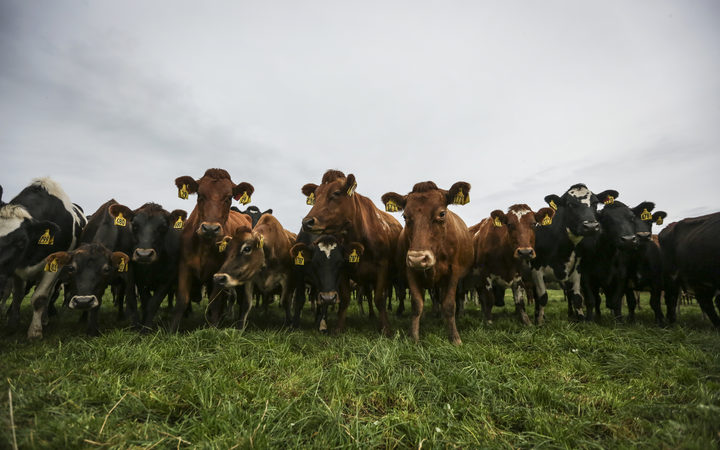 The figure represents 40 percent of the $1 billion that Agriculture and Biosecurity Minister Damien O'Connor now predicts it will cost to wipe out the disease.

One farmer, who asked not to be identified, said having seen first-hand the impact of the disease, he would be willing to pay more towards the cost of dealing with it.

He had to sent 1100 calves worth $2 million to the freezing works after it was discovered they were infected, wiping out two-thirds of his business overnight.

"After going through what we've been through personally, yes.

"I think we pay enough taxes ... but if that's what it takes to get rid of this then so be it, as long as they get rid of it."

The farmer had done everything he was required to do once the infection was discovered, but wanted to remain anonymous because of the hit his business would take from those still worried about the chances of the disease spreading to their own herds if they bought calves or even feed from him.

There was real fear from farmers, many of whom were holding back coming forward, in case they were marked as being an infected farm, he said.

"A few loyal friends and people we trade with regularly don't have a problem with it but the general public are quite worried and rightfully so."

Mid-Canterbury dairy farmer Willy Leferink had so far avoided infection but agreed farmers should be willing to stump up for the cost of controlling the disease.

However, he doubted the $1bn would be enough to control it.

The money should instead be spent on learning to live with the disease, just like the rest of the world had.

"Culling is far too expensive and there are diseases far worse than this disease that might be lurking," he said.

"I would rather concentrate on keeping diseases out of the country rather than eradicating diseases that have probably spread beyond our capacity [to control] already."

Some farmers were worse affected than others.

Unlike dairy farmers, who could continue to milk infected cows and earn an income, beef or dry stock farmers needed to cull their entire herd.

Federated Farmers meat and wool group chair Miles Anderson said that could have a profound effect.

"You could quite easily have a farm that won't have any income for two years once it's depopulated, because it takes that long to grow a beef down," he said.

"It's becoming a bit more of a concern, particularly in the North Island where there's been another herd identified - and a dry stock herd too."

However, he agreed with Mr Leferink that the cost of culling cattle in an effort to completely eradicate the disease could be too high and that learning to live with it could be a better option.