Imported bull semen is one of the most likely ways mycoplasma bovis got into New Zealand, a cattle disease expert says. 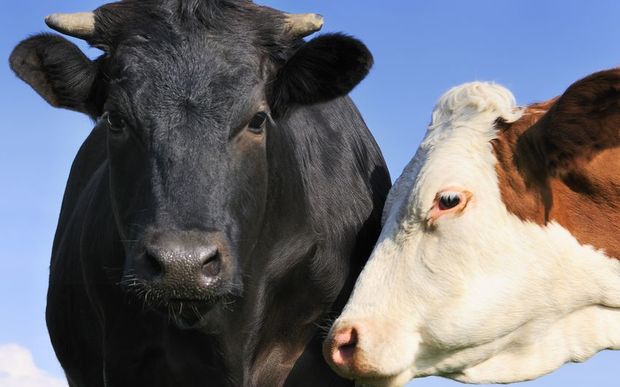 Three properties have been raided by the Ministry for Primary Industries as it continues an investigation into exactly how the disease arrived here, the surest sign yet it is getting close to solving the puzzle.

The ministry was staying tightlipped on which properties it searched, saying only they were part of an investigation to do with the disease.

Two were in the South Island, where it was believed the outbreak began, and one was in the North Island.

Massey University School of Veterinary Science associate professor Richard Laven said none of those routes were an obvious culprit.

He said the source of the disease may never be known, because its introduction was likely to have been such a rare - and therefore hard to identify - event.

"Semen is probably the highest chance, the difficulty with demonstrating it is semen is that you can find semen that is infected with m bovis but that doesn't mean to say it's infected their cow if it was inseminated.

"So, the chances are quite low. They vary from not much chance - which I think semen has - to virtually no chance, which something like embryos have, to somewhere in between for biologicals and vaccines."

He said that while imported bull semen was treated with antibiotics, this would not always kill mycoplasma bovis.

"It is definitely possible to find live mycoplasma bovis in the semen from bulls that are m bovis positive, but it is unlikely. The figures in the literature suggest about one percent.

"[But] you just have to have the one that's infected, have sufficient m bovis at the right time and a cow that's naive and can't defend against the infection."

Although New Zealand has no requirement for imported bull semen to be tested the disease, Mr Laven said that is as it should be.

"It's very difficult and I think it's probably best if we leave it to market forces. If farmers request m bovis testing then it will happen because otherwise they won't buy the semen."

The biggest seller of bull semen in New Zealand, LIC, does now test for the disease as a matter of course.

"What we do instead is they have developed a protocol around handling and processing of bull semen and then freezing it, but then in that process also adding a cocktail of antibiotics.

"This has been demonstrated many, many times to not give the semen the ability to pass mycoplasma bovis."

Mr Lina said his company had a proven track record when it came to the safety of its product.

"The USA produces over 50-million straws of semen a year in total and there's never been a recorded case of m bovis passing on from frozen semen with the GTLS [antibiotics] in it."

MPI was promising the outcome of its investigation into how the disease made its way here would be communicated to farmers as soon as it was able to.