Culling all cattle with mycoplasma bovis is a good start, but won't eradicate the disease completely, a vet says. 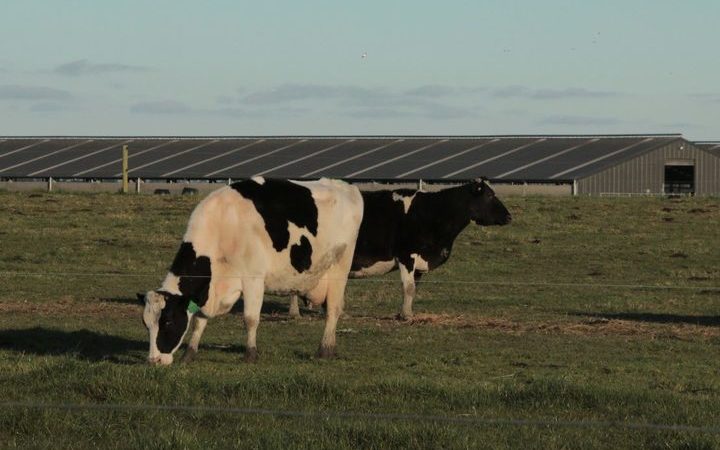 The warning comes as the Ministry for Primary Industries steps up its efforts to control the disease, which has spread to 33 farms since it first appeared on New Zealand shores on a farm near Timaru last July.

The disease has been limited to 28 currently infected properties, and MPI announced yesterday that more than 22,000 cattle on 22 farms that tested positive for mycoplasma bovis would be sent to the slaughterhouse by May.

It said affected farmers would be compensated for their verifiable losses.

"I'd be happy to eat meat from microplasma infected animals."

Southland vet Mark Bryan said the news would be a relief for the farmers he had been working with who could do little as their cattle died from the disease.

"We've seen it in calf-rearing properties with very high mortalities. Even the calves that don't die, many of them - 95 percent of them - become sick. It's just horrible to see these animals suffer so much. And it's almost impossible to treat because it's not responsive to antibiotics."

The cull would not be the end of the story, as an unknown number of cattle would continue to carry the disease without testing positive for it, meaning it could take up to three years to wipe it out completely, Mr Bryan said.

He said this would take a concerted effort.

"We need to know where every possible at-risk animal is on every property, and then the testing after that.

"We're getting better and better testing methodologies so [we'll be] testing these farms, making sure they're negative or positive, until we narrow it down until we've got every last animal."

Federated Farmers president and dairy farmer Katie Milne said tracing infected stock had been difficult until now because some farmers had not followed the rules around tagging animals.

"Between-farm stuff hasn't been as good as it should be, but this is the wake up call to remind farmers to follow the Nait [National Animal Identification and Tracing system] properly, make sure that's up to date, and keep those records compliant for this exact reason."

The cull was only possible because the disease had been confined, she said.

"If it had gotten very very widespread it might have been we would have had to miss out on the opportunity, because there is only going to be one opportunity to knock this one out, and it's now when it's only in a small number of herds."

Southland farmer Bevan Collie had helped to set up a support group for affected farmers.

He said the $60 million the government planned to spend on compensating those whose cattle needed to be culled was desperately needed.

"Those guys have been under some severe financial stress as well as mental stress. To go out every day and see sick animals on your farm, for any farmer is a very hard thing to do."

While the money would enable farmers to build up their herds again from scratch, one thing it would not be able to replace was the work that had gone in to producing breeding stock over many generations that would now be lost forever, he said.