A couple of hundred farmers have taken over Crawford Green in Wellington today for a Young Farmer competition, the first to ever be held in the capital.

It's the Tarananki/Manawatu Young Farmer Regional Final, and the winner from today will go through to the grand final. 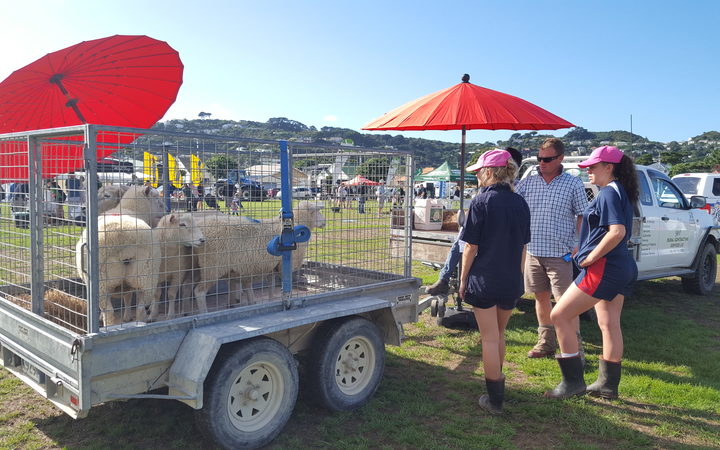 A teen ag team competing at one of the challenges. Photo: RNZ / Alexa Cook

The eight contestants, who each came first or second at their district contest, had an exam on Friday night, then today are being put through their paces on Miramar's Crawford Green, and this evening will also have to perform well in a quiz.

This year's regional final is being hosted by the Wellington Young Farmers club, and Nicola Barton is in charge of bringing the country to town. 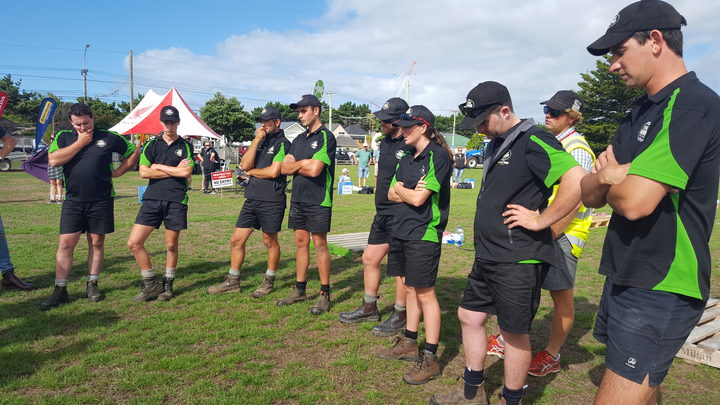 Some serious strategic thinking was needed for the first 'head-to-head' competition of the day. Photo: RNZ / Alexa Cook

"What we've done today is try to really portray an academic farmer, whilst we've got some really cool grunty rough practical modules, we've also got some very academic ones as well."

It had been good to challenge the status quo of only hosting the regional finals in farming areas, Ms Barton said. 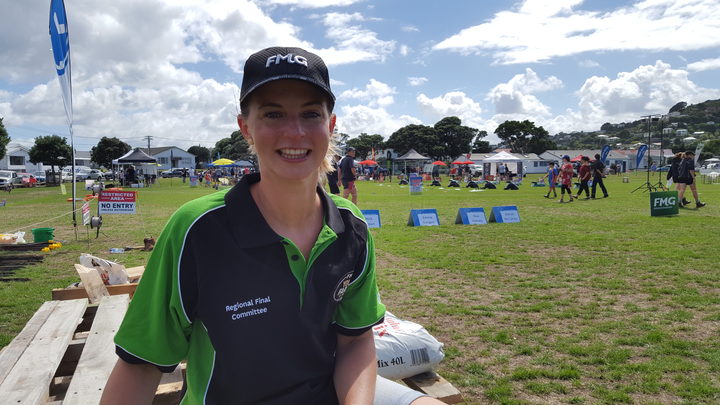 Nicola Barton from Wellington Young Farmers is in charge of organising the eight modules for the competition. Photo: RNZ / Alexa Cook

"People are very surprised when they hear that we have a Young Farmers club here in Wellington ... a lot of us are from farms or we've found ourselves immersed in the primary sector through our careers." 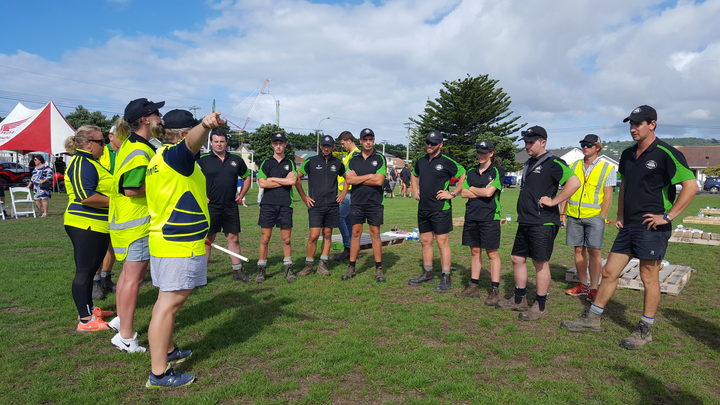 The eight contestants are briefed on their first challenge. Photo: RNZ / Alexa Cook

During the day the young farmers have to do eight modules each, as well as two head-to-head competitions against each other.

For the first head-to-head challenge the contestants had to race each other to deconstruct a pallet and build a planter box with an irrigation system. 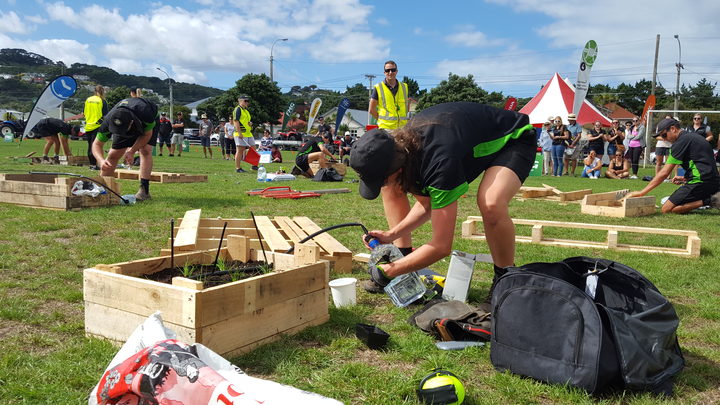 But it wasn't as straight forward as it appeared, and the farmers were penalised if they didn't follow safety rules such as using gloves, eyewear, and a mask at the appropriate times during building.

"It was good, I quite enjoyed that - definitely something different ... basically my goal was to get in and have a go." 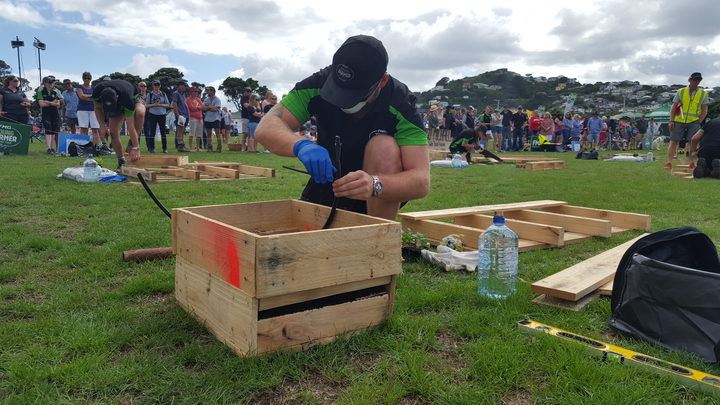 Feilding farmer Will Taylor was second to finish and said it was an interesting challenge.

"I had to stand there and think about it at the start, I think my measurements aren't quite right.

"What stumped me the most was how I was going to safely deconstruct the pallet." 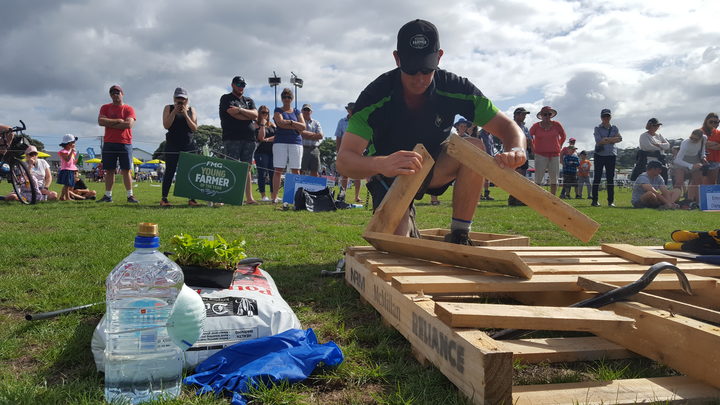 Rebecca Brown is the vice chair of the NZ Young Farmers contest board and said the competition was important to showcase the best of rural New Zealand.

"We're not just all about milking cows and shearing sheep."

It's also important to bring a farming connection to town, she said, to try and bridge the gap between rural and urban.

"And get people along to watch what it's all about." 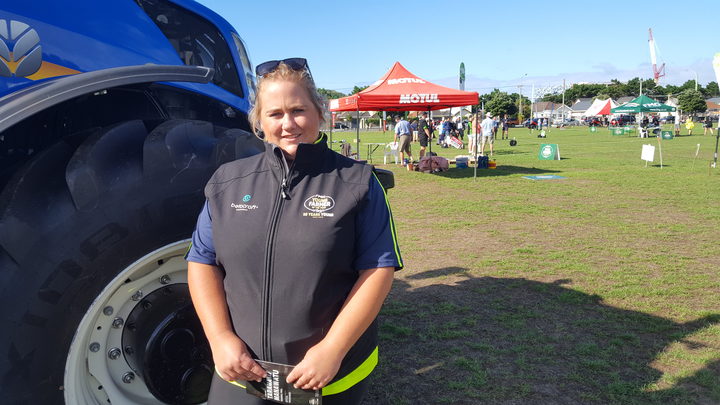 Rebecca Brown has been involved in Young Farmers for 15 years and is the vice chair of the NZ Young Farmers contest board. Photo: RNZ / Alexa Cook

The Taranaki/Manawatu regional winner will be announced later tonight, and will head to Invercargill in July to try and claim the prestigious Young Farmer of The Year title. 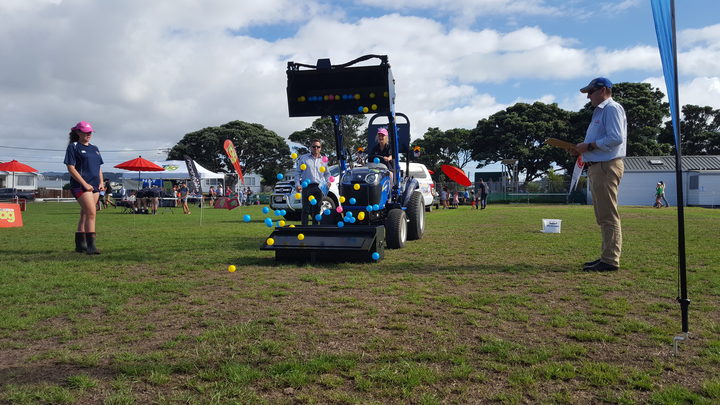 Teen Ag competitors have to tip as many plastic balls as possible into a container. Photo: RNZ / Alexa Cook