A drought has been officially declared for the whole of Southland and parts of Otago including Clutha, Queenstown Lakes and Central Otago. 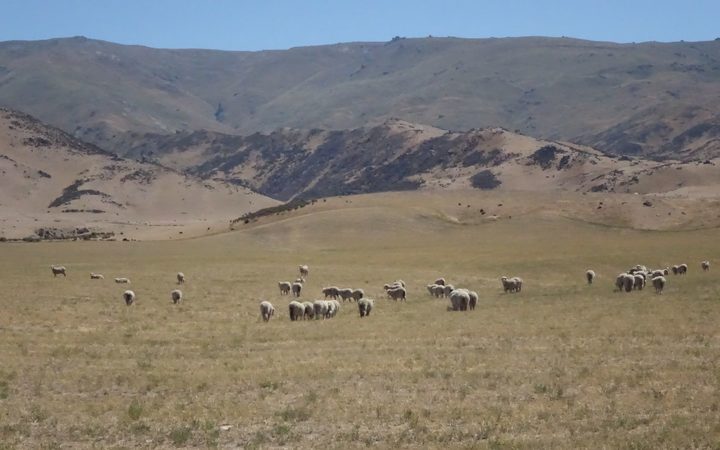 Drought has officially been declared for all of Southland and many parts of Otago. Photo: RNZ / Ian Telfer

There has been little rain in those areas since November, and farmers are struggling to cope with record high temperatures.

Agriculture Minister Damien O'Connor made the announcement in Parliament this afternoon.

"The classification triggers additional funding of up to $130,000 for the local rural support trust and industry groups to coordinate information and recovery support to rural communities," he said.

Mr O'Connor said although some rain was forecast for later in the week, the long dry had left many farmers needing support to recover.

"Anticipated rain that could have provided respite just hasn't fallen in the right areas to mitigate the effects of the early hot dry summer," he said.

"Farmers have been unable to grow sufficient feed for winter, and have been using stored feed and buying in supplements for stock, as well as selling off animals.

"Some useful rain is predicted for this week, however the drought has already taken its toll on farms and will take time to recover from. While rain now would allow pasture to grow, this can take a month to translate into feed for animals, and many are now well behind in preparing for winter.

Workers sick of the heat

He said it was so hot that his mobile phone had burnt his face when he picked up a call.

"There were some kids biking away from school as I was walking down and they were sticking to the tar seal because it's all melting.

"I tell you what, it feels absolutely beautiful if you're sitting next to the lake or the river but for the people who are working, and particularly the farmers on the land - we're over it really."

He said in his 20 years living in Alexandra he had never felt temperatures as hot as they had been today.

On Friday, rain and wind was expected for most of the country when Tropical Cyclone Fehi makes its way here, possibly bringing heavy rain and gale-force winds.

Alexandra was expected to reach a maximum of 14°C on Friday.