The government's clampdown on the sale of farmland to overseas buyers is likely to result in a drop in farm values, a rural accountant says. 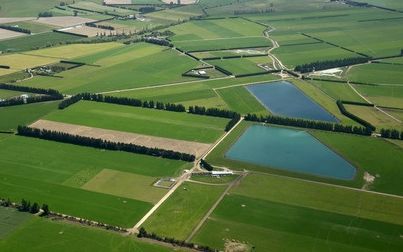 The government is toughening the rules for overseas buyers by extending them to cover virtually all farms.

The Overseas Investment Office will now have to apply 'sensitive land' restrictions to applications for the purchase of any farmland larger than 5ha from 15 December.

The tighter restrictions will not apply to forestry land.

A specialist farm accountant based in Christchurch, Pita Alexander, said he supported the rules but warned the move was likely to affect the farm property market.

"In principle I'm not against the main thrust of the new directive, I think it tightens up the existing arrangements and I'm not uncomfortable with that.

"But if you take these overseas buyers out - and let's face it, they're not completely out or banned - but if you take them out of the system you've got less purchases so it would have a downwards effect probably on values over time, on the bigger farms in particular."

He said having fewer potential buyers would affect the land value.

"It would be a downwards effect [on the values] because they are the ones who bring in bigger money."

"It's something that's been talked a bit quite a bit over the years and it's pretty much in line with [what we wanted].

"We think if there is going to be investment, there should be a clear, unambiguous benefit to New Zealand. It's not just a case of doing what other farmers are doing, being able to pay a higher price or offer a few little trinket type additions to the farm," he said.

"There's been a number of examples where our members have raised issues with some of the purchases and what they've felt really haven't added any sort of benefit beyond what a New Zealand farmer could have done with that piece of land."

The group has been pushing the government for several years to set up a register of foreign owned farmland to build a clearer picture of who owns what.