The government is clamping down on the sale of farmland to overseas buyers by extending tight rules to cover virtually all farms. 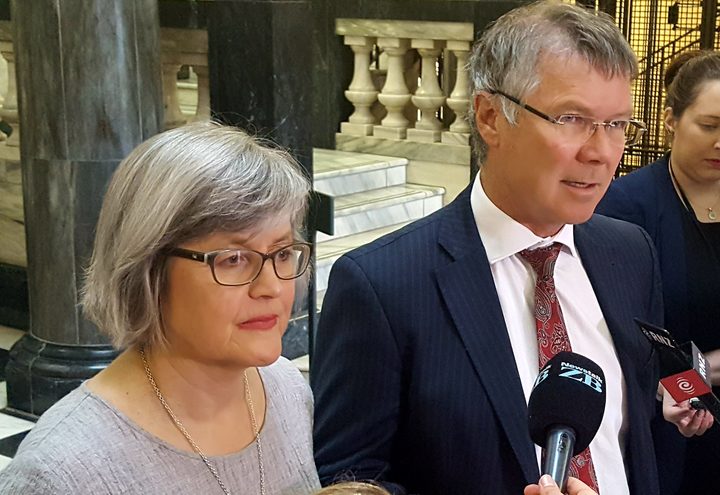 The Overseas Investment Office (OIO) will have to apply 'sensitive land' restrictions to applications for the purchase of any farmland larger than 5ha from 15 December.

At present, the OIO has to apply the more stringent rules only to very large farms.

"We believe it's a privilege to own New Zealand land and that we shouldn't just be selling it willy-nilly to overseas buyers.

He said the current directive to the Overseas Investment Office was "very, very permissive".

"It effectively means only very large farms are looked at particularly seriously by the Overseas Investment Office, and we just think that's too lax."

There are several criteria for sensitive land purchases, including meeting an investor test and showing benefit to New Zealand against a number of "conservation and economic" factors.

Mr Parker said the new directive would still allow foreign sales but would just "close the gate a bit".

"Once that becomes clear... I don't think people will be pestering us with applications that are just patently not going to succeed."

New Zealanders should be given the best opportunity to buy land in this country, said Mr Parker.

"People who commit themselves to New Zealand, pay tax in New Zealand - they're the ones who should have first bite at buying our land assets.

"There are actually a lot of farmers who don't like to see foreign buyers of farms. They want their children and their neighbours to be able to buy farms and not to be pushed out effectively by foreign buyers."

In 2010 the National government required the Office to apply sensitive land criteria to "large" areas of farmlands, in terms of the potential benefit to New Zealand. 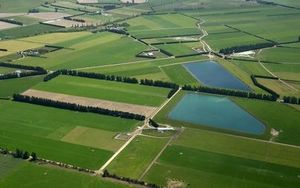 Land Information Minister Eugenie Sage described that as "weak" and one which "undermines the criteria" in the Overseas Investment Act.

"This new directive puts a greater emphasis on the criteria for increased export receipts, more processing and a really substantial benefit to New Zealand when overseas persons go to buy land."

Ms Sage said the "large farm directive" meant the criteria were only being applied to sheep and beef farms larger than 7000 hectares and dairy farms of 2000 hectares.

"So it meant a lot of applications were going through without the criteria in the Act being properly applied."

The new directive will apply to any applications still being assessed as of 15 December and any lodged from then on.

Any applications that have not been received by the minister Eugenie Sage for approval and are still with the OIO will have the opportunity to lodge new submissions in line with the new approach.

But she said the new directive may well mean some applications that may have been approved before could now be rejected.

"We want to avoid the backlash that has occurred with the election of President Trump, Brexit, and some of the rise of fringe parties in Europe.

"The middle class in New Zealand is uncomfortable that their prospects in life are being - to a certain extent - hampered by the influence of 1 percenters from overseas who can outbid them."

There was something special about land assets, said Mr Parker.

"Maybe it's stronger in New Zealand because of the Maori traditions we have here, as well as the farming traditions.

"There's a real sense that it's wrong to sell off our land assets to effectively very, very wealthy people from overseas."

The government will eventually change the Act itself, but Mr Parker said that would be to cement the changes under this new directive within the law, rather than make any major change to the criteria.

He said this directive did not apply broadly to the purchase of strategic business assets, but the government may still do some work on areas where there was monopoly ownership.

Federated Farmers is backing the clampdown, saying it's important the rules are robustly applied.

But the organisation has also signalled it will keep a close eye on the Overseas Investment Office to ensure it is not unnecessarily restrictive.

The sector group says foreign expertise and money can make a positive contribution to New Zealand.

Mr Parker also said the new law effectively banning the purchase of existing residential homes by foreign buyers would be passed by the end of the year.

That would be done through changes to the Overseas Investment Act, to include New Zealand homes within classification of what is deemed to be 'sensitive land'.

Overseas buyers would still be able to buy land on which to build houses which they can sell, or let.

Mr Parker said the law had to be changed with some urgency, as it could not be done once the latest version of the Trans-Pacific Partnership trade deal had been finalised.