The foreign owners of Silver Fern Farms should explain why they have failed to bring value to the company or country since buying a 50 percent stake last year, opposition parties say. 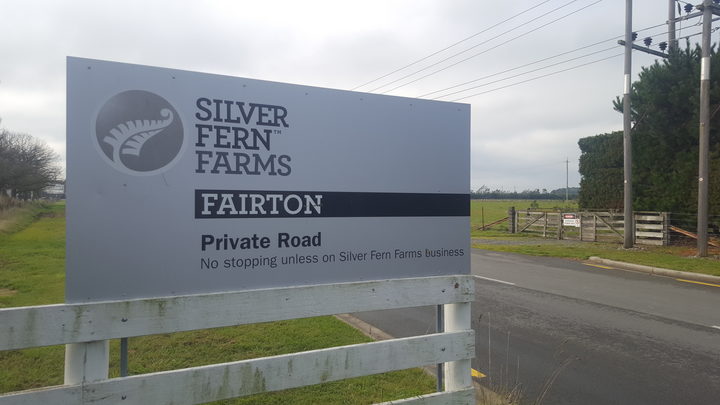 It blamed the closure on falling sheep numbers.

The government gave Chinese company Shanghai Maling the all-clear in September 2016 to buy a half-stake in the company, on the recommendation of the Overseas Investment Office (OIO).

At the time, the government said the deal would provide more opportunities for Silver Fern Farms and bring substantial benefits to New Zealand.

"We are satisfied that the investment will be of substantial and identifiable benefit to New Zealand, which is the test set out in the Act," then-Land Information Minister Louise Upston said when the deal was announced.

"The investment will put the company in a better financial position and allow it to increase its exports."

"I simply cannot see how closing a plant with a loss of 300 jobs is adding value in any way, shape or form."

Investing in New Zealand was a "privilege" that came with responsibilities, he said.

"We need to take a real good, hard look at the promises this company made to ensure that they are meeting those, because from all indications, they are not," Mr Nash said.

"It's totally unacceptable for foreign companies over here to put one thing down on an application, then get it approved and then do something else."

Mr Nash said Land Information Minister Mark Mitchell should haul the owners into his office and demand they explain their actions.

New Zealand First leader Winston Peters said he had long warned of such a "disastrous" development.

"It's very, very, very sad to see one's prophecies come true, but you didn't have to be a rocket scientist to work out what was going on here."

He said it proved the OIO was a "rubber stamp" which didn't understand the importance of New Zealand ownership.

"You can see what's going to happen - before long Silver Fern Farms, our biggest meat company, will be owned exclusively by the Chinese," said Mr Peters.

Land Information Minister Mark Mitchell turned down an interview request, but in a statement said Silver Fern Farms was "ultimately responsible for its own decisions".

The company had signalled well in advance that some restructuring would be necessary and yesterday's announcement did not breach any sale conditions, he said.

"I feel for the families involved, as any job uncertainty is challenging, but I am encouraged to see reports that the operators will work to offer them other positions within the business," the statement said.