Northland timber millers are praising the new government's plans to invest in forestry. 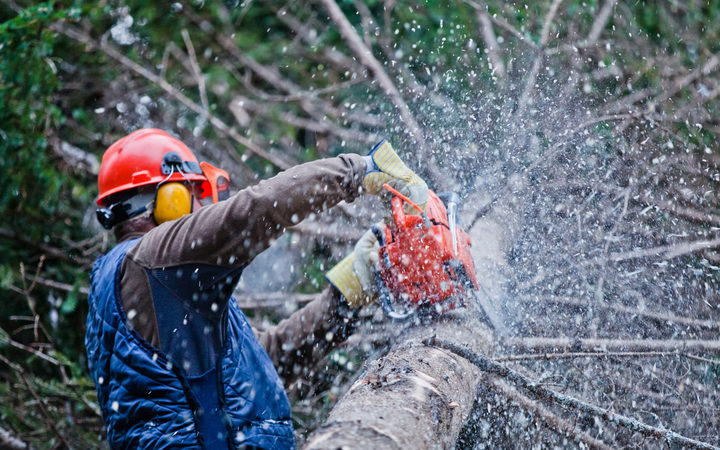 The industry has been warning of wood shortages and job losses because so many forests have been harvested early for log exports.

The managing director of Whangarei's Rosvalls sawmill, Mark Hansen, said the plan to re-establish a forest service, plant more trees and ensure a domestic supply of timber, was extremely welcome.

He said wood processors had been hoping New Zealand First leader Winston Peters' strong support for the industry would translate into gains post-election, and they were also pleased that Northland New Zealand First MP Shane Jones was to be Minister for Regional Development.

"We are pretty impressed with what we're seeing, and this will help some of the long-and medium-term issues for us," he said.

Mr Hansen said it was too late to avoid the coming gap in wood supplies and the industry would just have to go through it, but there was hope the government might be able to tweak some controls over the sale of forests overseas.

"The fact that we've got a ministry now, and that we're going to see foresters, politicians and wood processors at the table, I think only good will come of that," he said.

Mr Hansen said uncertainty over future wood supplies had been holding processors back from investing and expanding, but the new policies would go some way towards restoring industry confidence.

However, the national forestry industry has warned that if the government places too many restrictions on the sector and tightens up overseas investment, the outcomes it was hoping for could backfire.

Forest Owners Association chief executive David Rhodes said there needed to be much more detail around the policies of forest owners supplying a certain amount of wood to domestic mills.

"One of the last things we want to do at the moment, if we want more planting, is to send a signal to the very people we want to be planting that they might have restrictions at harvest.

"That would be a very negative signal and work against us," he said.

The association said up to $30 billion was invested in planting in the commercial forestry sector.

And according to real estate and investment firm CBRE, a huge chunk of the money came from North America, with roughly 80 percent of New Zealand's forests owned by 22 companies - most of which were offshore.

He said foreign investment was crucial, especially to help with replanting.

"We are very reliant on off-shore capital and the sorts of sums we are talking about are not floating around readily in New Zealanders' pockets, so it is important that we do not close the tap off.

"We need to make sure we have the right assurances in place, but we do not want to have controls going down to a level that would stand in the way of expansion of the industry," he said.