The most commonly grown variety of kiwifruit in western Bay of Plenty will not be commercially viable by the end of the century because of climate change. 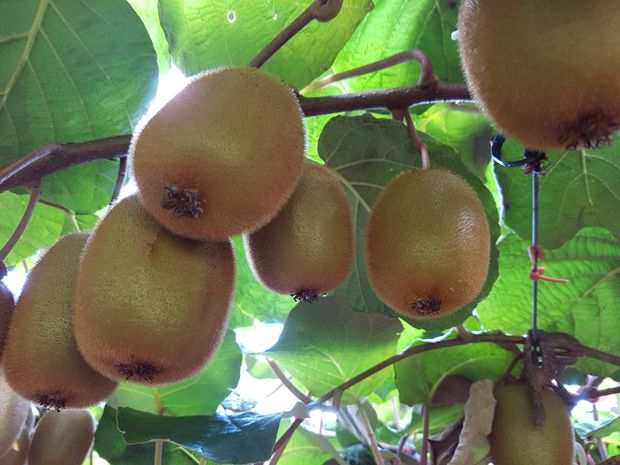 A study in the New Zealand Journal of Crop and Horticultural Science shows that Hayward, or green kiwifruit production centred on Te Puke, will become marginal by 2050 and most likely not viable by 2100.

Ninety percent of the green kiwifruit crop is grown in the Bay of Plenty.

The report's lead author, Andrew Tait from NIWA, said warmer temperatures would seriously affect the plant in the crucial period before developing fruit - known as winter-chilling.

This happens between May and July to produce high flower numbers in spring that result in fruit. Colder sustained temperatures over this period generally result in more flowers and an earlier flowering period.

"The production viability does drop off quite markedly.

"With warmer and warmer winters as we have been going through in the last few decades, the question is what is the impact likely going to be?"

Dr Tait said the study's findings did not mean the end of the green kiwifruit industry because cooler areas could start growing the fruit.

"If you want to continue the industry in and around Te Puke then the traditional species of green kiwifruit may not be the most appropriate one to be growing in that location."

He suggested the industry needed to keep innovating.

"What different varieties are available? One's that are less susceptible to the need for winter chilling and at the same time, which was shown in the study, if you go to currently cooler locations then the viability for green kiwifruit increases."

"The good news is that through good planning, the New Zealand kiwifruit industry is very likely to remain viable for many decades to come," Dr Tait said.

New Zealand's kiwifruit exports were worth $1.5 billion in the year ending June 2016, up from $930 million the previous year.