A Bay of Plenty kiwifruit grower is angry at the industry and says not enough is being done to stop contractors capitalising on the shortage of workers. 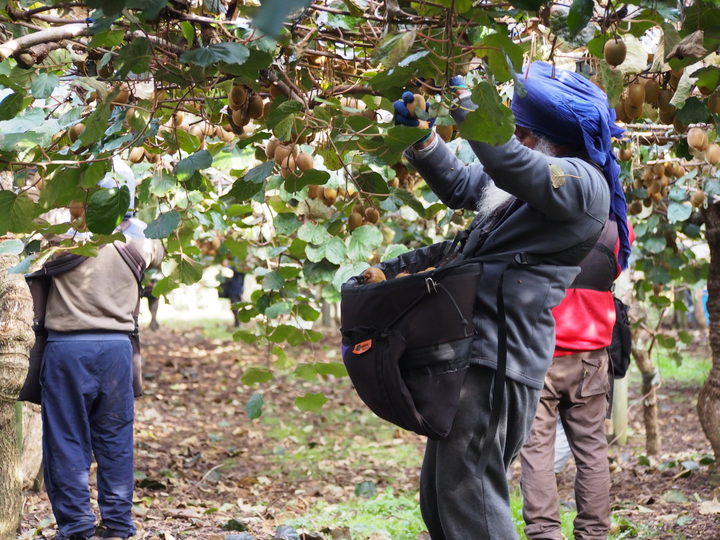 A Labour Inspectorate investigation found at least half of the region's kiwifruit contractors who have been audited or investigated have failed to provide employment contracts or pay the minimum wage.

Ross Hart grows green organic kiwifruit in Katikati and said contractors were cashing in on the labour shortage.

"The contractors are seizing on the opportunity to take advantage of a failing system and exploit it, and this is nothing new - this has been around for 10 to 15 years in the kiwifruit industry.

"For all the systems in place to ensure that no one is getting exploited and the growers are getting a professional job done, all systems are systemically failing."

Mr Ross said the growers were getting exploited just as much as the migrant workers, and the reason for that was there were simply not enough people to work.

One of the big problems was that there wasn't enough money going back to the grower to be able to afford to pay a decent wage or hourly rate to the workers, said Mr Hart.

"This is a total reflection on the grower returns from the monopoly exporter."

The problem with workers and pay was not a grower issue, said Mr Hart.

"In this case, 90 percent of growers are forced to use contractors to supply labour - either through packhouses or contractors in their own right."

He said the flow on effect was that the workers weren't skilled enough, especially for jobs such as pruning.

"In a majority of cases they are not doing a professional job to ensure a profit level for the grower.

"There's no assurance that the quality of work you are getting is going to render you a viable crop."

He said this lack of skill from workers was killing his business.

"We often don't know who the contractors are that are in this situation. There can be up to 300 contractors working in the industry at any given time.

"At this stage the only contractors that are audited rigourously are those who take part in harvest operations."

"There's no particular silver bullet that we can pull out of the bag straight away to make a huge difference, but we've got strategies in place to try and minimise the number of contractors out there who are exploiting workers."

From next season all orchard contractors and growers will be assessed as part of a new programme to monitor compliance of employment law and worker welfare.

"The industry does have an issue and it does need to work on it, but we have started those initiatives to deal with this directly ... the whole industry needs to get behind this.

"The types of work that we're putting together is to make sure that all contractors who operate in kiwifruit going forward are registered with Zespri and have to meet our quality system."