A group of kiwifruit growers is suing the Ministry for Primary Industries for negligence over PSA getting into the country in 2010. 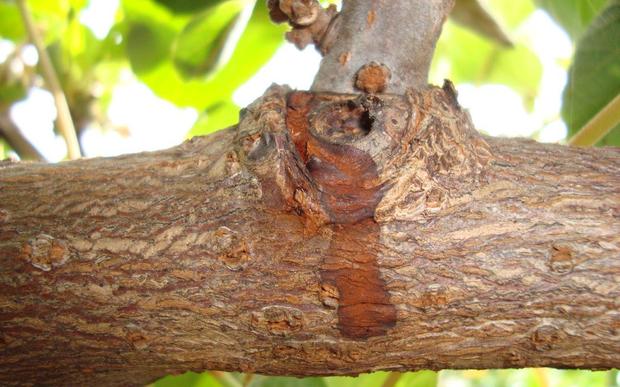 The deadly PSA disease was first discovered in New Zealand in 2010. Photo: SUPPLIED

The vine-killing bacterial disease is estimated to have cost the country close to $900 million.

It wants nearly $400m from the ministry to cover losses.

The court case is scheduled to run over 12 weeks in the High Court in Wellington, before Justice Mallon.

"We believe there was a genuine breach of the protocols and the Biosecurity Act by allowing plant material from a known pest into the country back in 2010."

The group is arguing that the disease came from the Shaanxi province in China after the ministry approved a permit to import pollen products.

"We're very confident with the professional advice we've got from all over the world and DNA samples are verifying all that too.

"This is just highlighting that we do need to make sure our system is correctly implemented and people are accountable for it."

The Ministry for Primary Industries told RNZ that, with the claim hearing pending, it could not make any substantive comment.

But it rejected the allegations and, on its website, it said it did not "let" PSA into the country and the various studies into how it arrived were inconclusive.

"The ministry acted appropriately in its treatment of PSA-V as a biosecurity threat and acted in accordance with its international obligations and with scientific knowledge available at the time.

"There are other reasons MPI is not liable for the claim. MPI argues that there is a statutory immunity from civil proceedings in regard to actions taken under the Biosecurity Act, and that applies to this proceeding."

The ministry said any liability on the Crown for losses as a result of a biosecurity incursion was covered by a statutory compensation scheme, with the government making more than $25m available to compensate growers.

However the Kiwifruit Claim group said this was not enough, and if this first stage of the legal action is successful then a second stage would deal with compensation as a result of negligence.