Weeds are costing the country's agriculture sector billions of dollars a year, a new study has revealed. 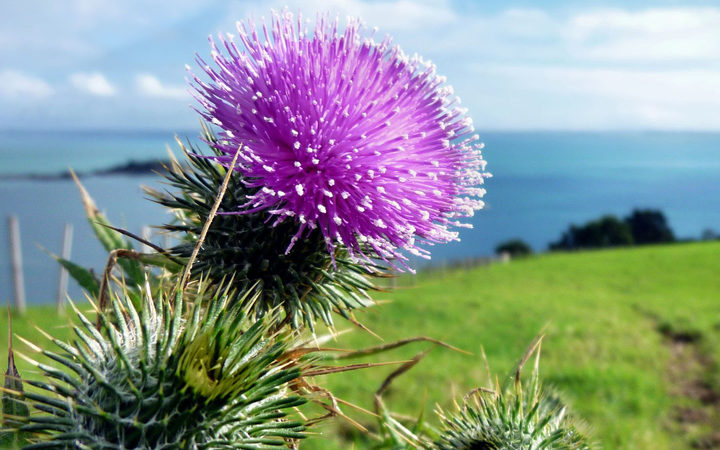 The Californian Thistle on its own costs about $700m in lost production per year, the review shows. Photo: 123RF

AgResearch and Scion scientists have teamed up with economists from Lincoln University's Agribusiness and Economics Research Unit to review already published research on how much weeds are costing the pastoral, arable and forestry sectors.

Weeds compete with other plants for water, nutrients and light, causing smaller yields, and because most stock do not eat them, they use up potential grazing space.

AgResearch principal scientist Graeme Bourdôt said they cost at least $1.6 billion annually, but it was likely to be several times that.

"We estimated $1.3bn in losses for the pastoral sector a year, $18m for arable sector, and $333m for the forestry sector. These are the annual values of the losses that are occurring despite the current control efforts against those weeds," he said.

Dr Bourdôt said the information they reviewed on only looked at 10 out of 187 different weeds species which have been the subject of research.

Some of the information was also outdated or contained guesswork, and he said those limitations meant the figures were likely much higher.

"The group of 10 weeds includes one thistle, the Californian Thistle, which on its own is costing about $700m in lost production per year across our sheep and beef and dairy industries."

"We have nine well established thistles in New Zealand, but we have information for only one of them ... so you have to conclude that true cost of weeds to our pastoral sector is well beyond $1.3bn."

Dr Bourdôt said the figure also did not fully take into account the amount of money spent on weed control, including using herbicides, which would cost farmers significantly more.

He said the research would help those in the sector in terms of the best way to control weeds.

"Knowing more about these costs is important to developing cost-effective ways to tackle weeds, and in quantifying the benefits of research aimed at keeping us ahead of the game."