A family who have had most of their farm destroyed by flooding in the small Bay of Plenty town of Waimana are now bracing for more heavy rain.

A low coming off the Tasman Sea followed by the tail of Cyclone Cook is forecast to bring more pounding rain to areas already smashed by last week's flooding that inundated the town of Edgecumbe and caused slips and road closures around the country.

The Clark family, who live to the east of Edgecumbe, have farmed the flood plains of the Waimana River for the past 100 years.

Kevin Clark's farm sits on one side of the river, strewn with silt, mud and debris. In some places the water is about a metre above the fence posts. 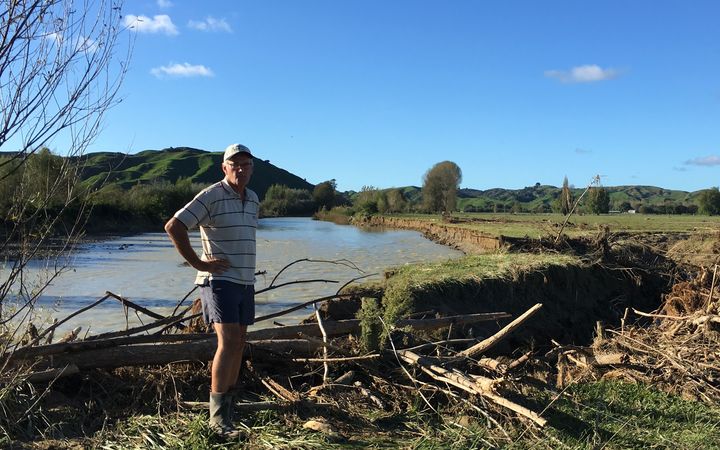 Kevin Clark next to some of the flood damage on his property next to the Waimana River. Photo: RNZ / Alexa Cook

"That was a brand new fence, but because it gets so much weight on it (from the flood debris) it just snaps all the posts and rips them out."

The flood has destroyed at least a third of Mr Clark's grass and he has sold or culled about a quarter of his 400 cows. 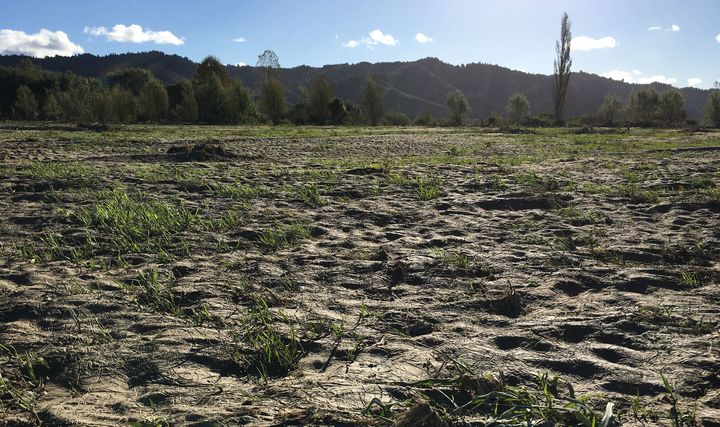 Many of Kevin Clark's paddocks are covered with silt. Photo: RNZ / Alexa Cook

The flood damage was not covered by insurance and Mr Clark said the loss of milk production and the cleanup would cost him about $100,000.

And last week's deluge took out willow trees which were supporting the riverbank, and if the tail of Cyclone Cook dumps more rain on the region this week then flood water could spread even further.

"Last time we had trees there that protected us, we've got no protection now."

'You don't know whether to laugh or cry' 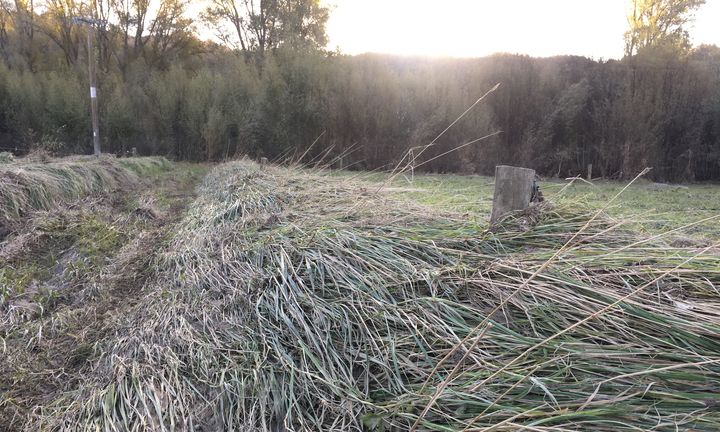 On the other side of the Waimana River is Kevin Clark's nephew, Grant.

Most of his 145ha property was ruined by the flood and so he has also culled cows and was now spending about $2500 a day on feeding the rest of the herd.

He said while he was used to floods on the farm, this one was taking a toll.

"You never know when the next one is going to come or how bad it is. It's definitely starting to wear thin and to be honest I don't know how many more floods I've got left in me.

"You get to the point where you don't know whether to laugh or cry."

But Grant said the situation could be worse and the family was trying to stay optimistic.

"There are so many positive things you can pull out of it, like our house doesn't flood and financially we're okay.

"My emotions are up and down all day every day. I go home and see my kids, they don't know what is going on so they keep me pretty happy about it.

"Things could be a lot worse."

Grant said there was not much he could do to prepare for the coming rains.

A couple of years ago the farm flooded every month for six months, said Grant.

"I was crying at one stage and I just asked dad 'what do I do?' and all he could say was 'we just have to farm through it'.

"It's pretty basic stuff but from that day forward I just put my head down and you know that eventually the sun is going to shine, the grass will grow and everything will be all good."

He said the help from the farming community had been overwhelming and the family was keeping its fingers crossed that Cyclone Cook did not undo all their hard work.