A new report shows that farmers' confidence in the Beef and Lamb sector has dipped 11 percent down to 32 percent in the past four months, driven by uncertainty in sheep meat markets. 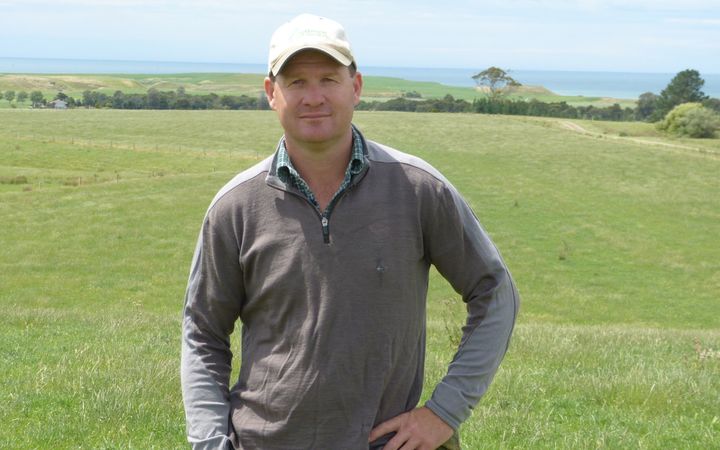 However, he said further south was a different story.

"When you head south and there is very sheep dominated enterprises, those people are feeling less confident.

"What's driving that is really a combination of what they see is the forecast for lamb prices, the fact that wool prices have fallen quite dramatically, and I think the third thing is that it's been quite a difficult season."

George Tatham is a director for Beef and Lamb New Zealand and is a sheep and beef farmer in the Wairarapa, stocking 70 percent sheep.

Mr Tatham said it had been a really hard year on the farm.

"We've been dry through a large part of the year, drought to about June then had a dry winter, but a good spring in the fact that the survival of lambs was fantastic.

"We were worried that the water table was very low, but that's come right. We've got lots of grass now. It's been a challenging year financially, sheep prices are pretty depressed and we've had to do a lot of cost-cutting to make things work.."

"Uncertainty over sheep meat markets, on the back of Brexit and declining wool prices had an effect on confidence.

"Throw in a difficult late spring across the country where young stock haven't been 'doing' and drought a not too distant memory, and it's understandable that farmers are feeling uneasy right now.

"In several regions farmers are facing uncertainty around where environmental regulations are going. The 1000 farmers we've had at our environmental workshops in Waikato and Southland over the last month are testament to that.

"There is confidence in the long-term fundamentals of the sheep and beef industry.

"New Zealand sheep and beef farmers are producing a high quality, safe product for an ever-increasing and discerning global customer and Beef + Lamb New Zealand is focused on helping farmers improve the bottom line today, but also advocating for the future too."

Mr McIvor said one area where farmers want the organisation to step up is in promoting beef and lamb products in international markets, with 79 percent rating this as very important and only 37 percent of farmers thinking they were doing a good job. There was obviously room for improvement, he said.

"The first part of that work is developing our unique red meat story that explores New Zealand sheep and beef farmer values and the ethical drivers for producing the best beef and lamb.

"We've just completed 45 in-depth interviews with farmers nationwide who collectively farm around 120,000 hectares. We've heard their stories - and I can say it's absolute gold.

"I'm really confident that we're going to be able to build a story that trumps others around the world and will be equally effective in getting our local population on board. Our farmers will be at the centre of it."