E coli water tests don't pick up all the bugs from animals and some could be slipping through the cracks, a Waikato veterinarian and ecologist says. 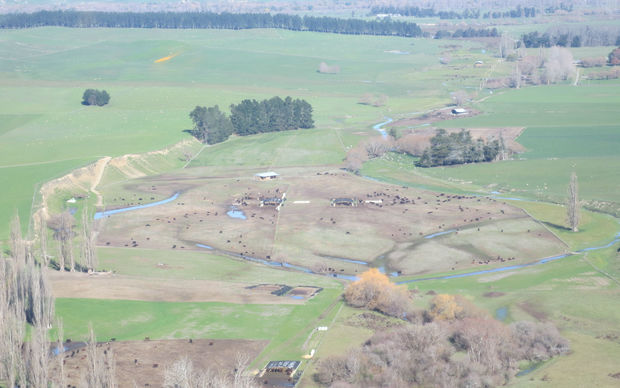 An estimated 4100 people in Havelock North have suffered from gastric illness following the contamination of the water supply and 523 have been confirmed as due to campylobacter.

Tests have confirmed that the bug was from a ruminant animal.

"The interesting thing is that the E coli measure we use for checking our water - which is a good proxy to indicate whether there is faecal contamination - but E coli actually doesn't see some of these other bugs, which means you can get other things slipping through the cracks that can effectively affect people as well."

Tests carried out by Hastings District Council had preliminary results revealing the likely source of the contamination in Havelock North was from ruminants - cattle, sheep or deer.

"The other crack here as well is that chlorine doesn't actually kill all bugs from agriculture, for example, things like protozoa, which is why they [the council] is putting in a UV treatment as well."

Hydrogeologist Gil Zemansky told RNZ a drought before a major flooding event means there is a strong possibility of contaminated water flowing almost instantly through deep cracks in the dried clay into the aquifer.

RNZ reported the Tukituki River catchment, which is surrounded by farms, might be where the contaminated water came from.

Dr Dewes said intensive farming in the area, such as feed lots for cows, could have washed bugs into the river.

"I don't want to incriminate all farming, but it's more about how some of these practices are undertaken on farms.

"And then you also get these rain bombs and storms, which are going to become more common with climate change, and then you get a massive wash through of faeces and sediment run-off into surface waterways and also through cracks in the ground into aquafiers."

Dr Dewes said some of the bugs from agriculture and ruminants could survive up to 50 months.