Manuka honey company Watson and Son is offering a $20,000 reward for information on stolen bee colonies. 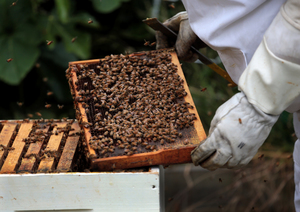 The company said it had 200 bee colonies stolen from the Toponi Forest in Northland between July 11 and 16.

Watson and Son has put a public notice in the New Zealand Herald asking for information leading to the arrest and prosecution of the people responsible for the theft, and for the recovery of the hives.

Beekeepers say there appears to be an increase in bee hive theft and vandalism around the country due to high prices for Manuka honey.

Manuka honey is worth just over $200 million a year - with aims to increase that to more than $1 billion a year by 2028.

Top grade manuka is the mainstay of New Zealand's total honey exports, currently worth just over $200 million a year with a target of increasing to more than $1 billion a year by 2028, according to industry and government figures.

North Island beekeeper Kim Singleton told RNZ in February that there were now close to 600,000 managed hives in New Zealand - the most ever, and double the number in 2005 during the peak of the varroa mite problem.

Mr Singleton said the increase followed a business and economic modelling report that put beekeeping as the next billion-dollar industry.