Honey and natural foods producer Comvita has made a record full-year net profit - up 68 percent - after strong sales. 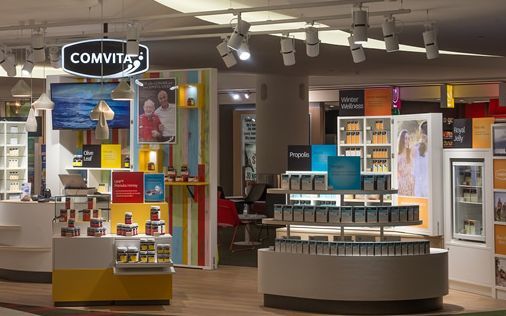 The company's full year net profit is slightly ahead of its guidance at $17.2 million for the 12 months ended in March, compared with $10.2 million the year earlier.

The company has changed its balance date to 30 June, but said its 15-month result would be similar to March, as the June quarter was typically a quiet time of year.

Chair Neil Craig said the company's dividend for the year would be 16 cents, which is 23 percent up on last year's 13 cents.

"We are continuing to build scale and increase our sales base, resulting in our profits growing faster than our increases in sales, clearly demonstrating operational leverage in our business model," he said.

Strong growth was recorded in Australia, with sales finishing 62 percent up on the year earlier. Sales to China also grew strongly, while sales in Japan grew by percent.

United States sales grew 66 percent on the year earlier, but from a small base.

"We continue to invest in the source of our key raw materials including Manuka honey and fresh Olive Leaf," Mr Coulter said.

"We have a very strong brand and leveraging our brand into new product formats and ingredient platforms will be an ongoing feature of the Comvita story," he said.