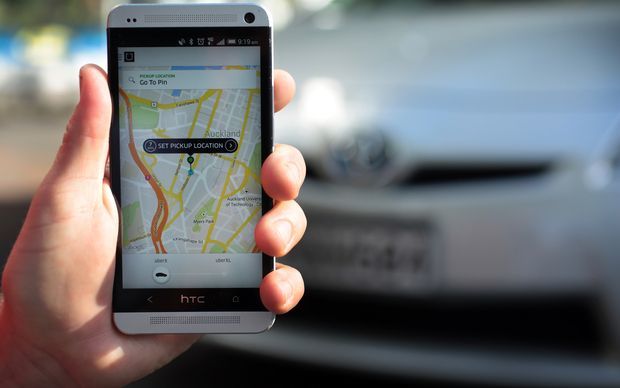 The report by the Centre for International Corporate Tax Accountability and Research (CICTAR), FIRST Union and E tū said Uber used a network of more than 50 Dutch shell companies and uses tax havens to shelter it from paying billions in tax across its world-wide operations.

The conservative estimate was that Uber avoided $6.4 million to $12.8m in company tax in 2020 in this country, he said.

The report had worked on the assumption that Uber had a market share in New Zealand similar to Australia.

"In the Australian situation, there is a parent company that had the Uber subsidiaries and so it reports in a consolidated way, whereas in New Zealand, all of the various Uber entities are directly owned via the Netherlands so there is no consolidated reporting," Ward said.

"What's reported there is basically just phoney related party transactions that don't reflect on any actual business of Uber in New Zealand."

A Companies Office filing by Uber New Zealand Technologies Ltd reported service fee income dropped from $12.8 million in 2019 to $3.7 million in 2020, while its net profit after tax increased from $222,000 to $350,000 as the company slashed its expenses and had a tax credit.

The CICTAR report said the service fee drop appeared to reflect an increase in the amount of money shifted to the Netherlands.

Ward said Uber was not atypical from other tech giants avoiding tax.

"I think they've taken it to another level in terms of the structures that they've created in New Zealand."

Tax avoidance was "explicitly linked" to exploitation of its drivers, he said.

"How can an Uber driver in New Zealand negotiate with a shell company in the Netherlands?"

"Uber's business combines an exploitative labour model that robs workers of their rights, with a global tax structure that robs the public purse of the tax revenue we all rely on to keep our society thriving."

E tū and FIRST Union are taking legal action against Uber, seeking a declaration from the Employment Court that Uber's workforce are employees rather than independent contractors.

Last year, the court ruled that a former Uber driver had been an independent contractor and not an employee and so could not take a personal grievance against the company.

In a statement, an Uber New Zealand spokesperson said the company created "economic opportunities" across the 14 cities in Aotearoa in which it operated.

"The Uber platform offers flexible earning opportunities for tens of thousands of Kiwis, with the vast majority of partner earnings staying in the local economy.

"Recently, the Uber platform has also provided a crucial source of income for those unexpectedly out of work such as those in the hospitality industry."