The head of the world's leading electric vehicle maker has heaped praise on New Zealand for its efforts to electrify the country's vehicle fleet and cut emissions. 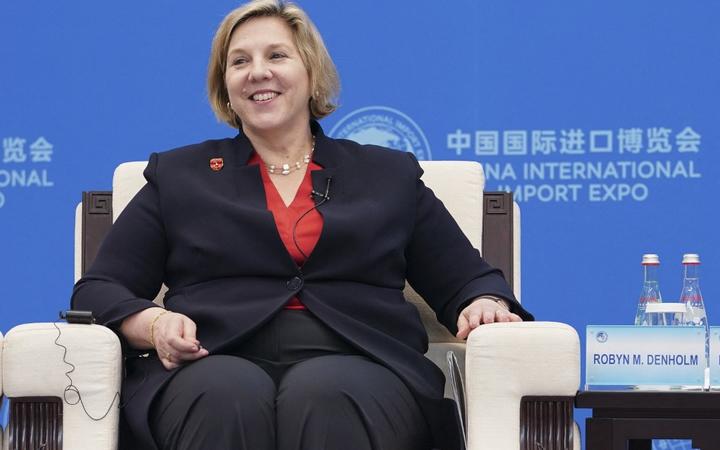 Robyn Denholm of Tesla has told the APEC chief executive summit that the incentives for new electric vehicles, and the proposed vehicle emissions standards currently going through Parliament were world-leading examples of leadership.

She called the government's clean car discount scheme "world class", noting it had help to lift the sale of electric vehicles from 3 percent of new light car sales to 12 percent in a few months, while carbon emissions from new cars had dropped 15 percent.

"This is a great example of leadership... and the clean car standards before your parliament will put Aotearoa in among the cleanest, safest vehicle fleets in the world and that is decisive leadership."

The feebate scheme, which would increase the cost of polluting cars, such as the big double cab utes, comes into force next April.

Denholm contrasted New Zealand's efforts to the piecemeal efforts of Australia, which were happening in some states but not at a national level.

A select committee is currently looking at government bill that would lead to a significant cut in carbon dioxide emissions in new imported cars over the next six years, putting New Zealand clean car standards among the most strict in the world, although the local vehicle industry and car makers want the standards delayed.

Denholm said electric vehicles currently made up about 1 percent of cars in the world, and to decarbonise the world fleet by 2050 would mean an end to making internal combustion powered cars by 2030.

She said Tesla aimed to make 20 million vehicles a year by the end of the decade but said the change would be a challenge: "We are still at the bottom of a steep climb."